A 94-year-old Chicago man who missed his high school graduation due to World War II walked across the stage at his old school to accept his diploma 76 years later.

William C. Wagner said he missed his graduation at Tilden High School in 1944 when he left to serve in the war, but his son, Forrest Wagner, secretly arranged for a diploma to be issued for his father in time for his birthday in March. 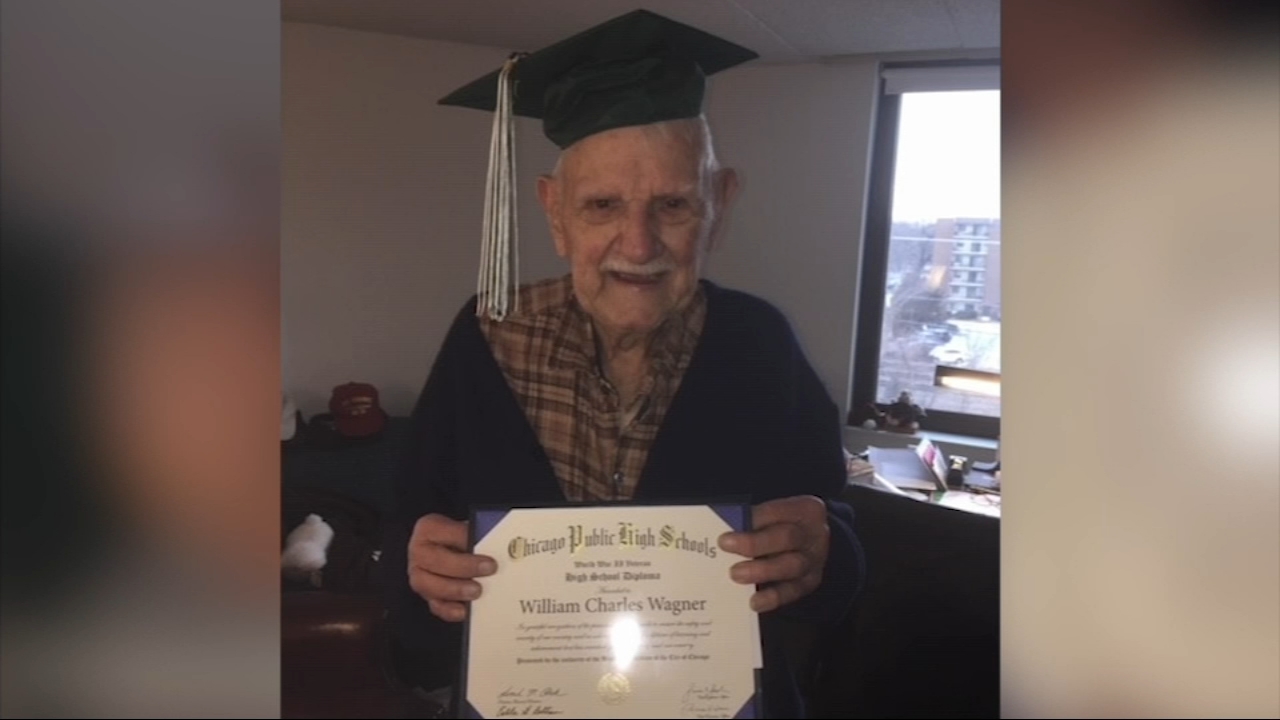 "I was in my last half of my senior year," Wagner told WLS-TV. "They told me to take history and civics to get my diploma. I went to draft board and they said, 'Punk you got a number, you got to go.'"

Wagner walked across the stage Thursday with the Tilden High School class of 2019.

"Seventy-six years, yup. It took me that long to get my diploma," Wagner said. "Instead of going through four years."

Wagner isn't the oldest person to be awarded a high school diploma -- Fred Butler, 106, was awarded a diploma from Beverly High School in Massachusetts in 2013, nearly a century after he dropped out of school in the eighth grade to help support his family.


Ghana signs $570 million deal to boost economy
Dangote lists Ghana as one of the best investment destinations in Africa
Fire destroys 4 rooms at 37 Army Officers Mess
When sexual abuse was called seduction
Woman puts husband in DIY chastity belt to prevent him from cheating
Opinion: Like joke we are in 2020?
Opinion: Why I am writing about autism
Hitz FM’s DaybreakHitz donates learning materials to Dome D/A Exp. Primary School