Chief of Effutu Zongo in the Central Region, has written a strongly-worded letter to the Vice Chancellor of the University of Education, Winneba (UEW), Prof Anthony Afful-Broni.

Salaki Sulemana Salaga IV has alleged, among other things, that Prof Afful-Broni was behind the confusion at the university.

The letter to the UEW Vice Chancellor, according to Salaki Sulemana Salaga IV, had bee necessitated by a series of articles by one Alhassan Salifu Bawa, said to be a lecturer at the university.

The articles by Mr Bawa, the Zongo chief claims, attack the Member of Parliament of Effutu Constituency, Alexander Afenyo Markin, seek to sabotage the ruling New Patriotic Party (NPP) and are sanctioned by Prof Afful-Broni.

“It is so clear that Bawa is doing your bidding the reason you haven’t found the need to discipline him much against your purported avowed principle as a disciplinarian,” the Zongo chief stated in the letter

Salaki Sulemana Salaga IV said it was unfortunate for Mr Afenyo-Markin’s image to be consistently attacked by the lecturer because it through his efforts that Prof Afful-Broni was made Vice Chancellor. 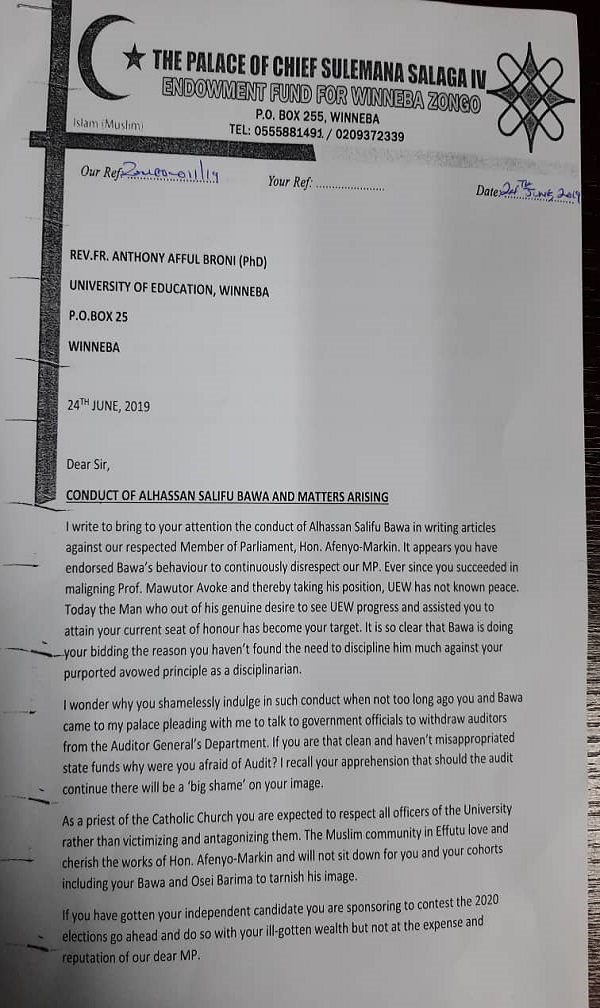 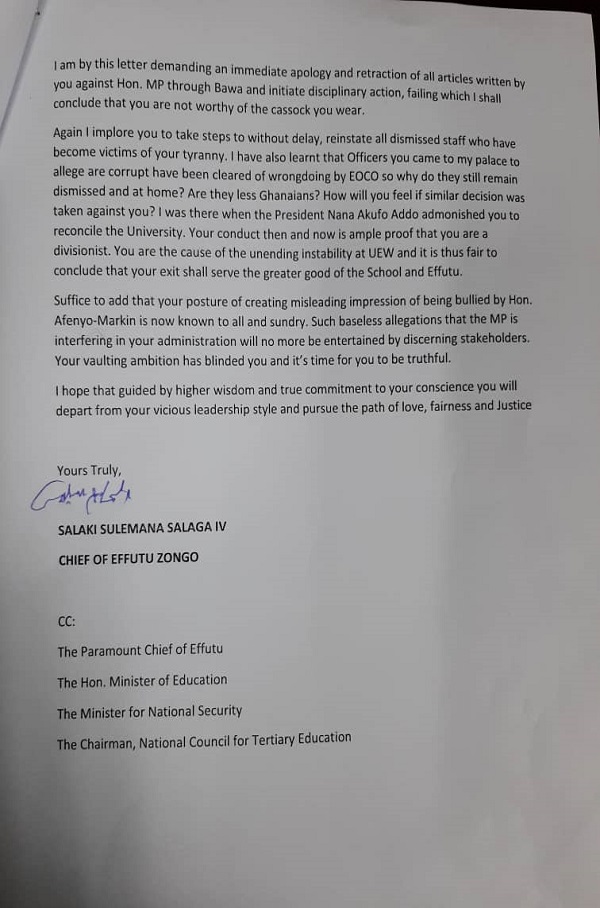 He has written to the said lecturer purported to be bad mouthing the MP. 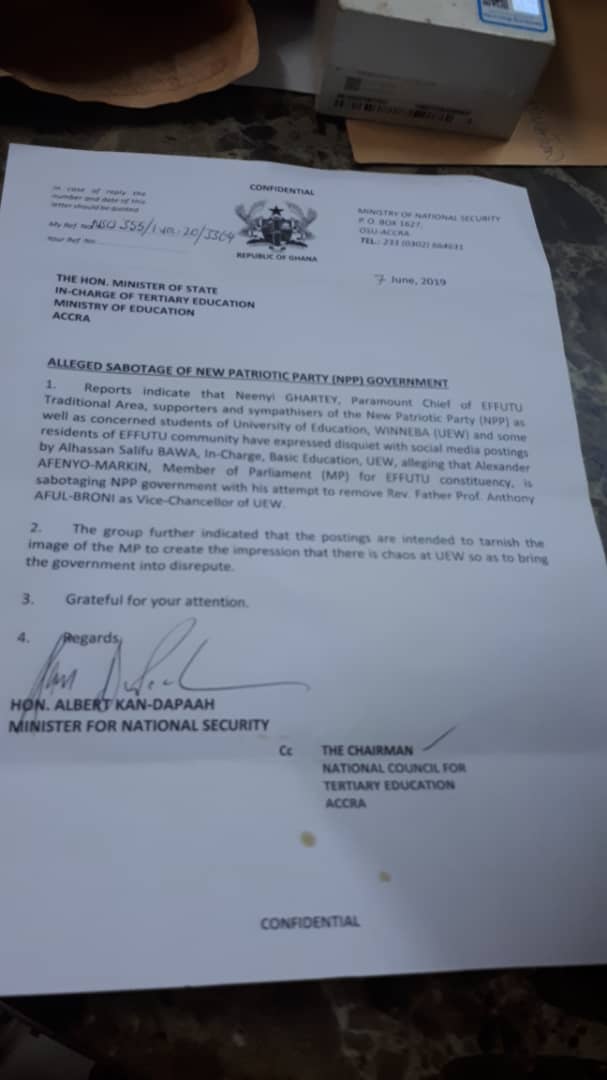