Exhausted cat needs glucose drip to recover after mating with at least 5 females in one night
Source: odditycentral.com
Date: 08-10-2019 Time: 04:10:15:am

A male Russian Blue cat who was left to roam freely in a pet hotel in Sichuan, China, ended up needing a glucose drip to recover after mating with at least five female cats in just a few hours.

News of the cat’s exploits was shared on Chinese social media by his owner, a certain Mr. Zhao, after receiving complaints from the pet hotel staff. Apparently, workers there neglected to feed his pet Russian Blue, named Xiaopi, and simply let him out of his cage to roam freely with all the other felines at the hotel, despite being explicitly told that he had not been neutered. Zhao wrote that the staff simply opened the cats cages and went home, leaving them to their own devices for the whole night.

“They had the nerve to be upset with me. They wanted me to explain the situation to all the other owners,” Mr. Zhao wrote. “My cat is exhausted and on a glucose drip, and this is my fault?”

“I thought they’d be professional, but the staff member didn’t feed Xiaopi during the day and let him out to roam freely at night. That’s right, all the cats were free to walk around the shop and then the employee went home,” the outraged cat owner added. “Between around 10:40pm and 5am, my cat mated with five female cats. And those are only the ones I could see in the CCTV footage.” 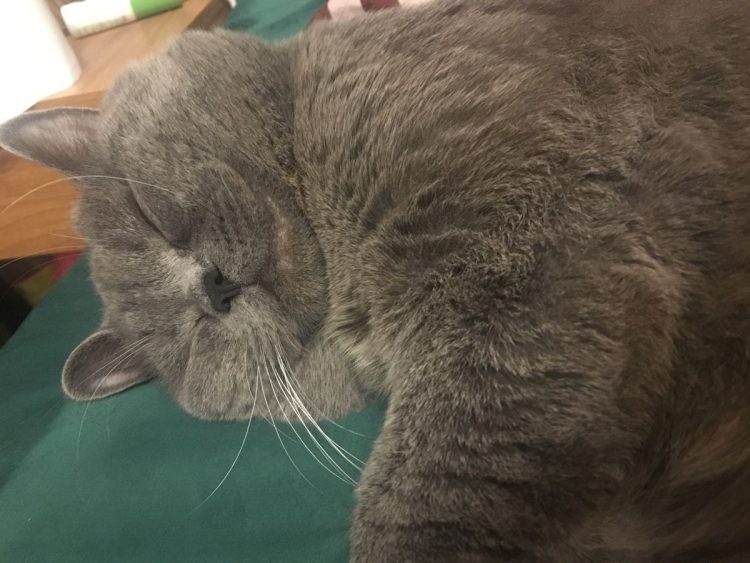 Photos of the exhausted cat recovering from his night of fornication went viral on Chinese social media, sparking hundreds of humorous comments. Luckily, the glucose drip worked its magic and Xiaopi is now in tip-top shape again. His owner is in a much better mood as well, as the pet hotel staff eventually apologized and even offered to compensate him for Xiaopi’s drip treatment. It even seems like he stands to make a profit off his cat’s appetite.

“They’re going to compensate each pregnant cat’s owner 500 yuan ($70), and have promised to sell any kittens on their behalf,” Mr. Zhao wrote, referring to the pet hotel. “The other owners have also told me they’ll either give me a kitten or 1,000 yuan ($140) if their cats turn out to be pregnant.”

How to rebuild trust after a major relationship betrayal