Edwinology’s Lab: We are not a hospitable people, we are hospitalised citizens

Edwinology’s Lab: We are not a hospitable people, we are hospitalised citizens
Source: Ghana|myjoyonline.com|edwin.appiah@myjoyonline.com
Date: 18-06-2019 Time: 06:06:04:pm

It is immaterial that a majority of Nigerians are peace-loving people. The majority is irrelevant in matters of committing crimes.

The police is set up, not because of the majority but especially, because of a criminal minority. In this case, the quip is right. The police are to major on the minors.

We have seen a brand of Nigerian lifestyle in Ghana that is a threat – from kidnappings to noisy obscene parties in compound houses to leaving taxi drivers chasing them for unpaid fares.

All four high-profile kidnappings allegedly have Nigerian masterminds. The Takoradi girls, the Estonian consul-general, the two-year-old Kasoa boy and the Canadian girls.

And now, we have fresh revelations about how the alleged masterminds in the Canadian girls’ kidnapping were Nigerians who recruited and trained Ghanaians, buying one of them a pistol.

We know that these Nigerian criminals are importing a style that has made Africa’s most populous nation, a popular disgrace.

Let no one bandy around to E-Lab, some stolen liberal lines from CNN and scream xenophobia. All those labellings are really an easy escape route for hard, original thinking so unoriginal to the average Ghanaian mind.

How a small group behaves will always have an impact on how a larger group is viewed. We all got some great positive British attention because of one great Ghanaian footballer – Michael Essien at Chelsea.

And when we say Ghanaians are a hospitable people, even nasty landlords, unworthy of that tag are still free to bask in the collective accolade that stops in front of their gate.

And so it is natural that people’s actions rub off everybody.

And then there is this post by M.anifest on why a Myjoyonline.com story should target Nigerians when there are also Ghanaians arrested. That story states the masterminds as Nigerians and the Ghanaians as collaborators, the information given by contacts within the security services. How can it be insensitive that the story zooms in on the masterminds and later mentions the collaborators?

Perhaps the rapper has spent so much time inside the studio, he knows not how to kill a viper. Cut the head of the snake, the rest is rubber – a verse M.anifest can rehearse.

E-Lab has no problem if the rapper is posturing for a gig in the Nigerian audience. Kudos. But in this matter, E-Lab is convinced M.anifest’s logic was not manifest.

Those who say we ought to simply call a crime a crime, have not committed any crime. A crime is a product of a man’s condition – internal and external. A poor man may commit a crime because he is hungry and a rich man may commit a crime because he is greedy. We need only to applaud those who say a crime is a crime, for writing a great and grammatically correct English sentence. But it is a naïve half-truth in a full sentence.

If we adopt political correctness because we want to pamper that good and great Nigerian majority, we inevitably pamper that cruel and criminal minority.

Every year, the media pours out news about how some foreign businesses maltreat Ghanaian workers in jaw-dropping ways. Stashing their heads in blenders, releasing their Chinese dogs at workers and even writing apology letters to their Indian cats.

Ghana is not a hospitable country, it is a country of hospitalised victims called citizens. 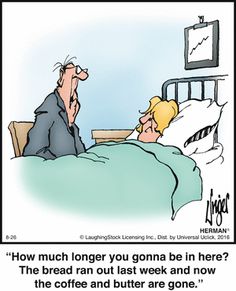 If we call our genetic cowardice, hospitality and our deep doses of inferiority complex at the sight of Chinese and Indians, friendliness, we will soon shake hands with Nigerian kidnappers and call it a truce.

‘Drowning in debt’ SABC on brink of collapse