10 myths about sex that many adults still believe

We asked experts — sex educators, sex therapists and sexologists — to clear up the misconceptions that many adults still believe that simply aren’t true.

Finding your partner rubbing one out in the shower now and then doesn’t mean they’re dissatisfied with the state of your sex life, so it shouldn’t be taken personally.

In fact, those solo sessions can actually improve — not detract from — the intimacy you share with your partner.

MYTH: The vagina and the vulva are the same thing.

TRUTH: Colloquially, many people use the all-encompassing term “vagina” to refer to the entire female (or traditionally female) genital area, but that’s not accurate.

Sex educator and professor Ericka Hart clarified: “The external genitalia is called the vulva and what you don’t see is called the vaginal canal, or vagina, for short.”

So the vaginal opening is really just one part of the vulva; the vagina connects the external parts of the anatomy (the vulva) with the internal ones, like the uterus (check out this diagram if you’re confused). Some experts say the reason behind this common misuse or misunderstanding has patriarchal roots.

“There’s a feminist analysis for why this matters — that is, by calling all of a woman’s anatomy the ‘vagina,’ we’re [referring to] our sexual organs by the part that gives heterosexual men the most pleasure,” Laurie Mintz, author of Becoming Cliterate: Why Orgasm Equality Matters—And How to Get It, previously told HuffPost.

MYTH: The clitoris is just a teeny-tiny nub. 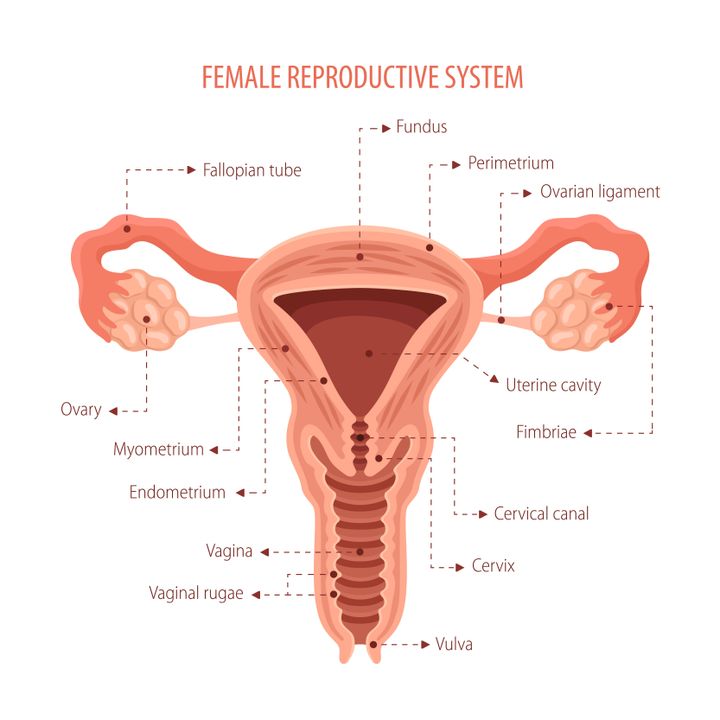 TRUTH: There’s more to the clit than meets the eye. That external nub or “bean,” called the glans, is just one small part of the greater clitoral network, most of which is internal.

“Most people don’t know that the clitoris goes beyond the nubbin at the top of the vulva, but actually extends back into the labia and abdomen,” Engle said. “It can be up to five inches in some women! This is roughly the average size of a penis.”

“Sex in real life goes beyond entertainment and indulging in fantasies. It involves communication, knowing your body, being vulnerable and taking risks,” Brito said. “It is not perfect, nor is it male-centered. In real life, you fumble, take breaks, get thirsty, and even fall off the bed during sex. It is less than perfect, which is the way it is portrayed on the screen.”

MYTH: Women don’t care about orgasms from sex as much as men do.

TRUTH: The orgasm gap for women (particularly straight women) is real. A 2017 survey of 52,000 adults of various sexual identities found that heterosexual woman are less likely to orgasm during sex with a partner than any other group. They “usually or always” orgasm during sex at a rate of 65 percent. For comparison, those numbers are 95 percent for straight men, 89 percent for gay men and 86 percent for lesbians.

But that’s not because these women don’t want to orgasm — of course, they do! A number of factors could be contributing to the disparity, including lack of foreplay, lack of clitoral stimulation (which many women need to orgasm) or poor communication with their partner, among other issues. Not to mention that we live in a society that seems to prioritize a man’s pleasure over a woman’s.

“It often gets said that men are more orgasm-focused than women during sex, and that women don’t need orgasms as much as men. I don’t know about ‘need’ — I mean, no one absolutely needs an orgasm — but lack of orgasm during sex is one of the most common complaints I hear from women in my practice,” Kerner said.

“Women’s orgasms may be more elusive during sex, especially penis-in-vagina intercourse, which tends to miss the clitoris directly, and so lots of women have gotten used to the idea of not always having orgasms. But don’t think for a second that this means that women value orgasms less than men do.”

MYTH: Sex is only “good” if it ends in orgasm.

TRUTH: Yes, the Big O can be toe-curlingly euphoric, but it’s definitely not the only pleasurable aspect of a sexual encounter. Even when sex doesn’t end in climax, it can still feel really damn good for both partners.

“The origin of this myth comes from the idea that behavior equals identity,” she explained. “It’s important for folks to realize that behavior and identity do not inform each other. How you identify (your sexual identity) is personal and true to you, as is what feels good for your body. I have met people who thought they weren’t ‘real lesbians’ because they liked penetrative sex.”

Erectile dysfunction can be physiological or psychological in nature. For younger men, it’s often the latter, Kerner said.

But what’s often at play, Kerner said, is anxiety.

MYTH: Being into kink makes you abnormal or sexually deviant.

TRUTH: If the mega-popularity of “50 Shades of Grey” (though problematic in some regards) is any indication, kink is no longer a niche community relegated to the dark corners of the internet. Spanking, role-playing and bondage are all common types of kink — which is defined as a sexual activity or desire outside of the conventional (read: vanilla) appetite.

“Kinkiness is becoming more and more mainstream, which eases the shame and isolation kinky folks experienced in the past,” said Jesse Kahn, therapist and director of The Gender & Sexuality Therapy Collective. “Not only are more people kinky, but folks are starting to realize that their sex life already incorporates kinky elements.”