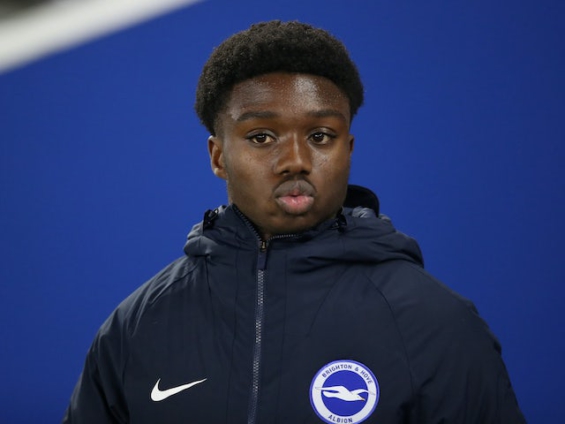 The subject of black magic popularly known as ‘juju’ has never been far from the Black Stars. In the past few years, players and coaches of Ghana’s senior team have affirmed suspicions that ‘juju’ usually exists in camps.

This week, the controversial topic has resurfaced yet again after comments passed by Executive Council member of the Ghana Football Association (GFA), George Amoako.

Amoako admitted that the GFA are trying to convince some diaspora players to play for Ghana. However, one major challenge they face is the fear of the players due the perception created by the public that there is ‘juju’ in Ghana football.

“There are a lot of perceptions about how Ghanaian footballers play the game. Reckless tackles, destructive tendencies in the Ghanaian game and talks of juju put them off,” he told Nhyira FM.

With the GFA at a standstill due to the negative perception of football in Ghana, here are the ten biggest talents who the Black Stars could possibly miss out on.

Freshly signed for Southampton, Mohammed Salisu has been a key target for CK Akonnor since his introduction.

Negotiations for the player seemed to have been successful as the 21-year-old was called for the games against South Africa and Sao Tome last year.

Unfortunately, the player pulled out of the squad due to injury and didn’t have the chance to make his debut.

When Akonnor named his first squad in March, he explained that the former Southampton player was not included because negotiations were unsuccessful.

“With Salisu, I tried to get into contact with him, that didn’t work,” Akonnor said at March’s press briefing after announcing his first-ever squad as Ghana coach.

As things stand, contact has been established between the GFA and Tariq Lamptey’s family.

“It is not going to be easy [to get him to switch international allegiance]. The national teams department is making serious efforts to get his parents and the boy to agree to play for Ghana,” Amoako said on Nhyira FM.

Lamptey has been a revelation for Brighton this season and once again was the subject of discussion after his monstrous performance against Chelsea in their Premier League opener.

Ghana have been trying to replace Harrison Afful for the past few years and in Lamptey, is an able replacement who combines attack with defence extremely well.

He recently received his first call-up to England’s u21 side after featuring for their u-18, u-19 and u-20 sides.

Another right back the GFA have been keeping tabs on is Celtic player Jeremie Frimpong.

Frimpong has spent a year with the Scottish giants after spending most of his developmental years in England with Manchester City.

The 19-year-old has been revelation in the Scottish league scoring three goals in 20 games. He played a key role in Celtic winning the league last season and appears to be enjoying life in Scotland.

The Dutch born Ghanaian has represented Netherlands’ youth team at international level playing for the u-19 and u-20 sides.

He usually says call him when you need a goal, this time the request is bigger. The GFA have made contact with Eddie Nketiah’s parents in their pursuit to convince the Arsenal striker to play for Ghana.

Nketiah, born in the UK to Ghanaian parents is still eligible to play for both Ghana and England and has even represented the latter at junior levels. Recently, he captained England’s u21 team and is still yet to make a debut for the senior team.

So far, reports suggest Nketiah’s family are not too keen for the 21-year-old to play for the Black Stars. Nonetheless, the Ghana FA took to Twitter to congratulate the Arsenal player after their triumph in the FA Cup against Chelsea.

Born in Ghana, Francis Amuzu moved to Belgium at an early age. Since making his debut for Anderlecht in 2017, Amuzu has played 56 games for the Belgium outfit.

Due to his impressive 2019/20 season, Anderlecht rewarded the Ghanaian born Belgian with a four-year deal.

He has represented Belgium’s junior teams on the international level.

Derrick Lukassen spent last season on loan at Anderlecht where he made 18 appearances before Covid-19 struck. The 25-year old has returned to the Jupiler Pro League after a successful campaign on another loan deal.

Lukassen who has Ghanaian origin has played almost 20 games for Netherlands youth sides from u-18 to u-21.

Despite playing for the Dutch youth sides, Lukassen has never hidden his admiration for Ghana. In 2017, he said he is ready and just needs a chance.

”My father and mother both come from Ghana so why not if the opportunity comes I’m ready to honor it and do my best for the country,”

Samuel Brobbey is the brother of Derrick Lukassen and plays for Almere City FC.

In July, the left back told Voetbalzone.nl that ” it can be very unique and beautiful if the four of us [siblings] can play in the Ghana national team.”

Samuel Brobbey and his siblings were all born to Ghanaian parents in Holland and are all eligible to play for Ghana at the international stage having featured for the Netherlands youth teams.

Elisha Owusu is a youth product of Olympique Lyonnais, joining in 2010 and became the captain of their reserve side. He failed to represent Lyon’s senior side and moved on loan to Sochaux before signing for Gent in 2019.

The 22-year-old has been impressive since joining the Belgian club featuring in 33 games last season. His performances so far made him a top target for Sevilla and Atletico Madrid this transfer window.

Owusu not playing for France’s youth sides makes his switch to Ghana easier as Black Stars head coach explained, “Djiku is currently eligible to play. Management is working hard to get him on board.”

According to statistics from the Jupiler Pro League, the KAA Gent midfielder had a passing accuracy of 91.4 % and made at least 50 passes per game last sesaon.

Enoch Kwateng is a right back who is also being courted by Black Stars. Contact has already been established during Akonnor’s tour in Europe and the FA will be tracking his progress.

In June 2019, the 23-year-old agreed a four-year deal with league rivals FC Girondins de Bordeaux. Due to the expiration of his Nantes contract he joined Bordeaux on a free transfer for the 2019–20 season.

Alexander Djiku is a center back who has also been quietly getting the job done in France amassing 36 appearances for Strasbourg last season.

The French-born Ghanaian emerged as the third best defender with the highest successful tackle rate in Europe last season. The Strasbourg defender had a tackle success rate of 85.2%, according to Whoscored.

Djiku is of Ghanaian and Senegalese descent and can represent any of these countries including France since he hasn’t even played for the youth side of any country.