10 years of walking in Ghana for breast cancer cure launched 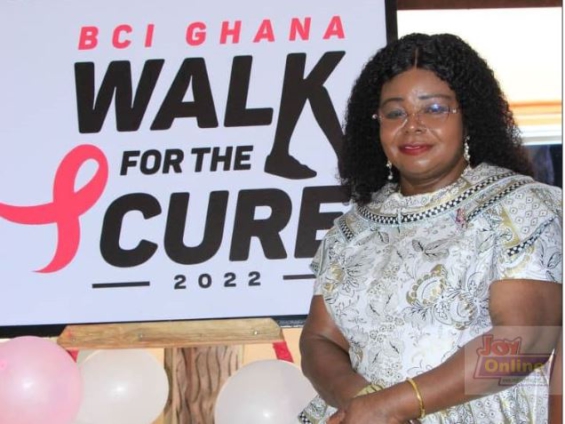 Breast Care International (BCI) Ghana has launched this year’s ‘walk for the cure’ at Tepa in the Ashanti region for the tenth year in a row for a cure for breast cancer.

On Saturday, October 1, 2022, the historic event will be hosted in the same district for the first time.

This year’s theme is “Brest Cancer Won’t Rest, So Why Should We?” based on the data that breast cancer has not given humans breathing space, there is no time to squander on developing long-term remedies.

This year’s event is expected to record a number of health-conscious people walking to raise awareness about breast cancer while celebrating survivors.

People from all walks of life including politicians, clergy, farmers, students, teachers, traditional leaders and civil society organizations will also take part in the walk.

According to the organizers, the choice of Tepa is based on the commitment shown by the Omanhene of Tepa Traditional Council, Nana Adusei Atwenewaa Ampem I, the Queenmother and the Traditional Council, as well as the passion of the indigenes, its strategic location, and the knowledge that cases are more prevalent in rural areas where education levels are lower.

They also consider how poverty and ignorance interact to exacerbate misconceptions about the disease’s causes and treatment.

President of Breast Care International, Dr. (Mrs.) Beatrice Wiafe Addai, observed the annual ‘BCI Ghana Walk for the Cure’ is taking on a national character and attracting individuals from all walks of life, confirming an accomplishment of awareness creation.

According to Dr. Addai, BCI will continue to rely on national acceptability to raise awareness and support the struggle against the disease that is killing people needlessly.

She stated that BCI is banking on its long-standing friendship and relationship with the media to ensure a prolonged, successful campaign against breast cancer across the country.

“We are counting on our strong time-tested friendship and association with the media for a sustained, successful campaign against breast cancer in the country,” she said.

Dr. Addai reiterated it was about time breast cancer was given much more media attention after Covid-19 and as the number one killer of women.

“If we do not shock the conscience of the public about this reality, we will wallow in self-deception and self-denial about this disturbing trend, as our women perish, even though a cure exists.

“Breast cancer statistics would remain a scar on our conscience if we do not collectively fight the condition as a National disaster, and a developmental issue. It is not only a public health issue,” she stated.

“We want to increase our number of survivors ten-fold in the foreseeable future, and we are keen to have the majority of them this year coming to showcase Survivorship and enforce Hope,” said Dr. Addai.

DISCLAIMER: The Views, Comments, Opinions, Contributions and Statements made by Readers and Contributors on this platform do not necessarily represent the views or policy of Multimedia Group Limited.
Tags:
Breast cancer
Breast Care International (BCI)