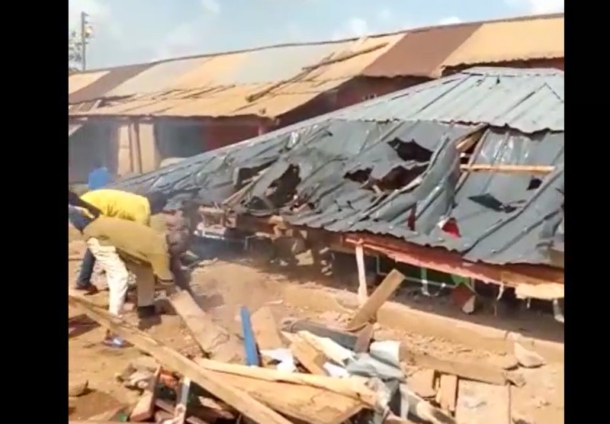 Twelve persons have been arrested over their alleged involvement in a violent protest at Chereponi District of the North East Region.

An intelligence-led operation, Tuesday dawn, September 21, 2021, led to the arrest of the accused persons for destroying some private properties and assaulting some individuals at Chereponi two days ago.

Earlier, Minister of Local Government, Decentralisation and Rural Development, Dan Botwe described their action as unruly and directed the Police to apprehend all individuals involved.

The operation led by the Regional commander, DCOP Moses Ali Kpenchi also arrested a 16-year-old for his involvement in the disturbances in the area.

In a statement dated September, 21, the Acting Director-General of Public Affairs of the Ghana Police Service, ACP Kwasi Ofori indicated the security service, “shall arrest and prosecute anyone who breaks the law in protest of the publication of Metropolitan, Municipal and District Chief Executives (MMDCEs) list.”

The statement also commended the North East Regional Commander and his officers for their commitment and professionalism in dealing with the issues.