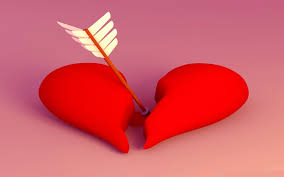 No relationship from your past is without its worth. Regardless of how things ended with your ex, being together undoubtedly taught you something about what you want and don't want in your next relationship.

On Tuesday, men and women on Ask Reddit shared the greatest lessons they've learned from their most recent relationships. Read some of the interesting responses below, then head to the comments and share the most important thing you've learned from a past love.

1. "I learned a lot from it, but the biggest thing I learned is that a breakup does not have to come from someone screwing up. Sometimes it's simply the best thing."

2. "My last relationship taught me that there are worse things to experience than being alone."

3. "I can't depend on anybody for my own happiness. It took me about three or four relationships before I understood that one. Duh."

4. "That being married isn't all it's cracked up to be. All 14 years together were basically a lie."

5. "I learned that people can fall out of love just as quickly and abruptly as they fall into it. Even if you are the most caring and compassionate partner, that has no real power over their heart. Sometimes love just disappears and there is nothing you can do but move on."

7. "Trust goes both ways. And standing up for myself doesn't make me a bitch — it makes me a human being with a backbone. (Yeah, it might have been a poor decision on my part to have been in that relationship.)"

8. "I learned that you should always trust your gut. There were so many red flags that I failed to acknowledge."

9. "There's no use in trying to track your S.O. down or control what they do. If they want to cheat on you, they will. The only thing you can do is make sure you are with someone who cares about you."

10. "My ex taught me to never date someone you don't have strong feelings for. Sounds super obvious, but before we dated I had a small crush on him, but wasn't super obsessed with him like every other guy I've liked. I started dating him thinking my crush would evolve into more but it just didn't. In the end, he was in love with me and I still just felt mild attraction, and I really really hurt him when we broke up. Everyone tells me obsessing over guys is bad for a relationship but it's a hundred times better than feeling very little."

11. "I learned that life happens on its own timetable. You can't fast forward to the parts you want."