1V1D: Farmers appeal for boreholes as dam dries up 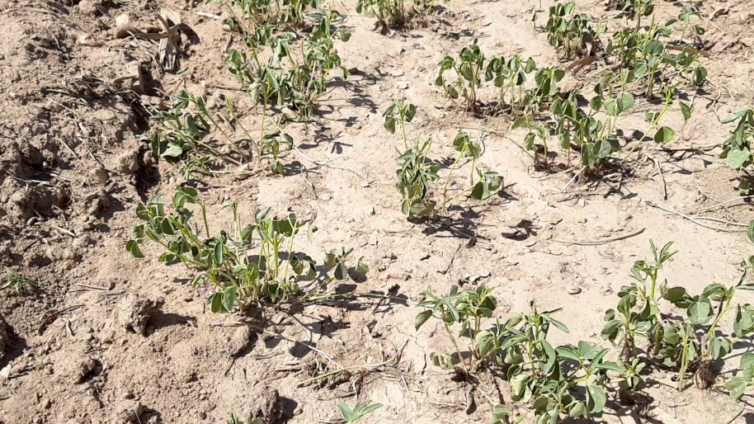 Farmers at Megogo, a farming community in the Bawku Municipality of the Upper East Region are appealing to the government and NGOs to provide them with boreholes to save their farms.

According to the farmers, the ‘One Village, One Dam’ (1V1D) project constructed in the area to assist dry season farming is drying up.

Most of the farmers say the 1V1D in the community, which they depended on, was drying up faster than they imagined, and the little quantity of water in the dam could not water their crops to maturity.

Crops such as tomatoes, okro, pepper, garden eggs, onions, cabbage and lettuce among other green leafy vegetables grown on several hectares of land are drying up as the farmers look on helpless.

When the Ghana News Agency (GNA) visited the community, it observed that canals linking to gardens were dried up, while cattle in the area competed with the farmers for the little water in the dam for survival.

A farmer, Mr Amadu Abugri, said even though they appreciated government’s initiative to construct the 1V1D in the community to assist them in their dry season farming activities, the dam was fast drying up due to the dry weather condition.

He said the water situation in the dam allowed only a hand full of farmers numbering about 50 to farm this year.

He explained that some farmers after clearing their gardens and farmlands, with the hope to benefit from the water in the dam, abandoned the gardens when they realized that the water could not support their crops.

“The water level is too low, as at now and most of our crops are wilting for lack of water. We were expecting that the water in the dam will take us to the end of February, but we are in January and the water level is already too low”, he lamented.

Mr Abugri said the only immediate feasible remedy to save the situation would be boreholes so that the dam could later be expanded to carry more water and complement the boreholes to enable every farmer in the area engage in dry season farming.

Madam Ramatu Abiale, who together with her husband abandoned their okro farm as a result of the water shortage, told the GNA that “when the dam was constructed, my husband and I thought it will help us water our garden so that we can get good yields, sell and take care of ourselves and children.”

She said “we bought okro seeds for Gh¢150.000 and after planting they germinated but some have already dried up because the water from the dam is not enough for all the gardens and farmlands here. Even those that were doing well are gradually wilting.”

“We depend on this garden for survival. I am pleading with the government and any other organisation to come to our aid. As you can see, pointing to their garden, we have abandoned the garden, and there is no food at home because our crops were destroyed by floods last September. We are suffering,” she added.

Another farmer, Madam Jamila Akagand who also expressed the same concerns about the water shortage in the dam, appealed to government to come to their aid.