2 dead after building collapse in China 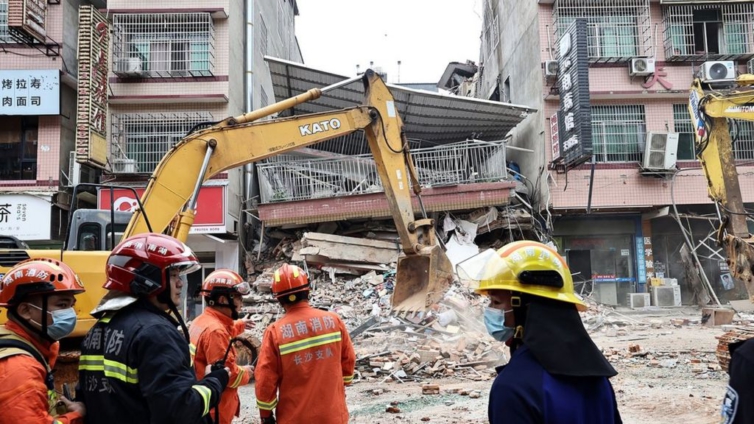 At least 14 others are thought to be trapped under the rubble of the six-storey structure in Changsha city, Hunan province.

Nine people have been rescued but 39 others are missing.

There are allegations that the building’s surveyors may have written a false safety report and eleven people have been arrested.

In a video posted on state media, emergency response expert Liang Buge said the two victims had been “pinned down by heavy objects” and there was “no way to move them”.

Earlier in the day, state media reported that a woman had been rescued from the rubble.

Video footage on state media showed a person wrapped in a thick blanket being transported into an ambulance on a stretcher.

Weak safety and construction standards, along with corruption among local officials, have led to a number of building collapses in China.

Earlier this year, at least 16 people died after an explosion, triggered by a suspected gas leak, brought down a building in Chongquing.