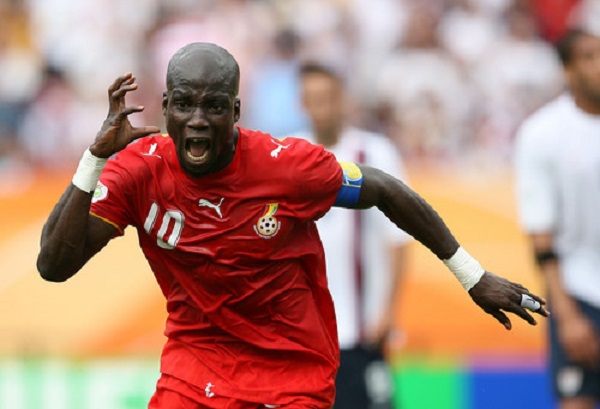 Former Ghana captain, Stephen Appiah, has eulogized Ghana’s 2006 World Cup squad for their confidence in Germany, describing them as ‘players who are not afraid of games’.

The Black Stars resurrected their campaign after bouncing back from an opening day defeat to Italy beat Czech Republic in Ghana’s first-ever World Cup appearance.

Speaking on Betway’s “Top 10 World Cup Moments with Stephen Appiah,” the former Ghana captain told host Fentuo Tahiru Fentuo, “I was lucky to play with players who were not afraid of games.

“Because these are games if you lose the first game and at that high stage, you will never go through in the second game playing against, I mean, the second best.

“We showed them that we are not just there to participate. We are there to make a name and we beat them.”

Stephen Appiah made history by captaining Ghana to qualify for its first World Cup in 2006 after several unsuccessful attempts.

He added that the 2-0 win “was a difficult game because we lost the first game against Italy and we are playing with the second-best team in the world. The players that they had [were very good].

“After Gyan scored, we played like 20 minutes and I was telling the boys, ‘I think that today is our day’. We should continue playing like the way we are playing.

“After the game I went to Pavel Nedved, we played together at Juventus, and I was like, ‘did you see the ball that we played with today? Was it Adidas or Nike?’

“I cracked a joke and he started laughing because they didn’t see the ball. We played like 80% of the ball.”

Ghana progressed to the round of 16 following victories over Czech Republic and the USA, only to lose to Brazil.

DISCLAIMER: The Views, Comments, Opinions, Contributions and Statements made by Readers and Contributors on this platform do not necessarily represent the views or policy of Multimedia Group Limited.
Tags:
2006 World Cup
Adamu Benin Abdul Karim
Black Stars
Stephen Appiah