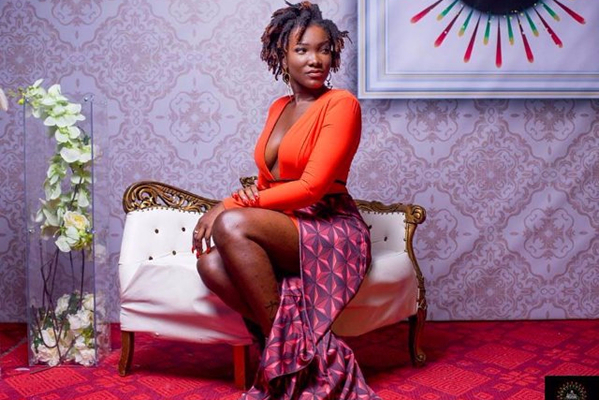 It is Ghana music's biggest night. The event awards artistes and producers who have excelled during the year under review of the awards – January 1 to December 31, 2017.

The night's topmost award is the Artiste of the Year and it will see Sarkodie, Stonebwoy, Shatta Wale, Joe Mettle and the late Ebony battle it out for that award.

Joe Mettle made history last year by being the first gospel artiste to win the Artiste of the Year award.

The late Ebony has been tipped by many to make history by being the first female and the first artiste to win the Artiste of the Year award posthumously.

Ebony was killed in a gory accident on the Sunyani-Kumasi highway after visiting her mother on February 8. Her childhood friend and assistant, Franky Kuri, and their bodyguard also did not survive the crash.

She was laid to rest on March 24 at the Osu Cemetary.

Joe Mettle and his band open the Awards with his song, 'Onwanwani'. He followed that song with his smash hit, 'Bo Noo Ni'.

Statisticians for the awards, KPMG hands over the official voting results to hosts of this year's awards – Berla Mundi and John Dumelo.

The night's first award goes to Amamerefo Music and Dance Ensemble as 'Traditional Artiste of the Year'.

Dominic Quashie has been adjudged 'Instrumental Artiste of the Year'.

Mary Naa Amanua Doodo of Wulomei receives the Lifetime Achievement Award. Singer Nana Yaa joins Naa Amanua for a performance of some of her classic tunes including 'Meridian'.

Kelvynboy, Stonebwoy's protégé, who won the 2018 ‘Unsung Artiste of the Year’ storms the stage. He performs some of hi tracts including ‘Afrobeats’.

Stonebwoy takes over. He thrills patrons with back to back hits including, ‘Bawasaaba, ‘Come From Afar’ (Wogb3 J3k3), ‘Dirty Enemies’, ‘Hero’ and ‘My Name’.

‘Reggae/Dancehall Song of the Year’ goes to ‘My Own’ by Samini.

Kidi follows that energetic performance. He dishes out ‘Say You Love Me’, and ‘Odo’. Kuami Eugene completes the list with performances of ‘Confusion’ and ‘Angela’.

The late Ebony picks her first award for the night. She won the ‘Afro-Pop Song of the Year’ with her song ‘Sponsor’.

Praye makes a comeback! When the host of the ‘Overdrive’ and ‘Weekend City Show’ on Joy FM, Sammy Forson introduced the group, many didn’t expect to see the trio.

Praye Tintin, Praye Honeho and Praye Tiatia stormed the stage to the delight of patrons. They took them back into time dishing out their hit songs including ‘Angelina’, ‘Jacket’ and ‘Wodin’. This is their first performance since their break up in 2014 and they were simply a delight to watch!

The group kept shouting and asking, “Are you happy Praye is back?”

Joe Mettle wins his second award of the night. He is the ‘Gospel Artiste of the Year’.

The pride of the North, Fancy Gadam was next. He thrilled patrons to some of his hit songs including ‘Total Cheat’. Kwasi Arthur was the last act for that batch of performances. His ‘Grind Day’ song was lit!

Late Ebony’s manager, Bullet picks the award for ‘Songwriter of the Year’ for writing ‘Maame Hw3’.

Reggae/Dancehall Artiste of the Year goes to Stonebwoy while ‘Best Collaboration of the Year’ was won by Shatta Wale & SM Militants with the song ‘Taking Over’.

Ebony’s tribute was simply epic! After rapper Sarkodie and Stonebwoy, in a video, had eulogised the late singer, MzVee hit the stage to perform Ebony’s ‘Date Ur Fada’.

Veteran musician Akosua Adjepong was next. Her performance of the late singer’s ‘Hustle’ can best be described as a classic!

Efya, with MzVee, Adina and Akosua Adjepong behind her, performed ‘Maame Hw3’. The four artistes, together, beautiful finish the ‘Maame Hw3’ performance.

Sarkodie has been ‘Rapper of the Year’. ‘Best Group of the Year’ goes to Wutah while the ‘Best Music Video of the Year’ went to Captain Planet’s ‘Obi Agyi Obi Girl’ (Gyo of Phamous Philms).

Nigerian musician Tiwa Savage hits the stage. Looking very sexy, she dazzled patrons with songs live ‘All Over’ and ‘Malo’.

Sarkodie take his turn on the stage. Backed by a choir, his went straight to business electrifying the Accra International Conference Centre.

He was on fire performing songs from his impressive music catalogue. He started with slow songs like ‘Glory’. DJ Black gave him a wakeup call that, ‘Yo Sark this is too slow’. He swiftly switched into full gear.

After that impressive performance, the awards presentation resumed.

Controversially, the ‘Song of the Year’ went to ‘Total Cheat’ by Fancy Gadam ft Sarkodie to the dismay of patrons.