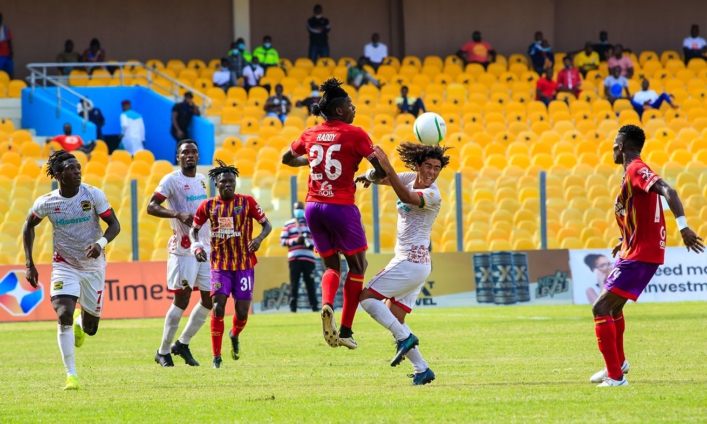 The Ghana Football Association have released fixtures for the 2021/22 Ghana Premier League season which commences on October 29th.

Accra Hearts of Oak’s title defence will start with a visit from Legon Cities, with Prosper Odum’s Kotoko facing their first Premier League test at Dawu, against Dreams FC.

Accra Lions and Bibiani Gold Stars who gained promotion to the Premier League will face off with Elmina Sharks and Berekum Chelsea respectively. Real Tamale United will mark their return to the top flight, playing hosts to Great Olympics.

The first round of the ever-enthralling Super Clash will be first hosted by Hearts of Oak at the Accra Sports stadium on matchday 7, with Kotoko returning the honours on matchday 24.

Asante Kotoko will faceoff with King Faisal for the season’s first Kumasi Derby on matchday six, while the Bono derby between Aduana FC and Berekum Chelsea will be played on matchday nine.

The premier GaMashie derby of the season will take place on matchday 16, with the return fixture hosted by Great Olympics on matchday 33.