2022 WCQ Playoff: ‘I don’t expect to be called for the qualifier’ – Samuel Inkoom 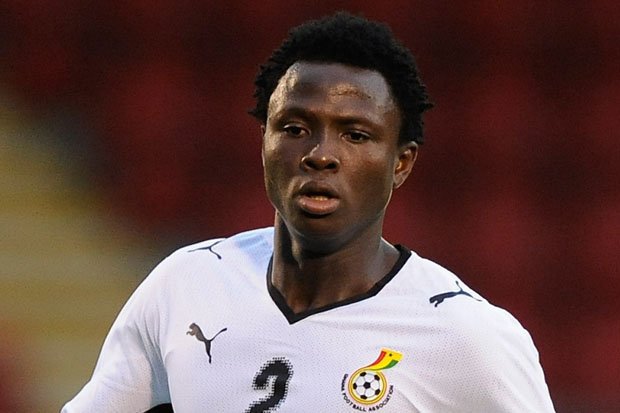 Samuel Inkoom has 44 caps for Ghana at senior level

Former Black Stars defender, Samuel Inkoom says receiving a call-up for the upcoming 2022 Wolrd Cup qualifier playoffagainst Nigeria is impossible due to the fact that he is without a club.

Ghana plays Nigeria in a two-leg encounter next month with a spot at stake for this year’s World Cup in Qatar.

Speaking earlier this with week in an exclusive interview with Joy Sports, the 32-year-old revealed he would not turn down an opportunity to play for the country if he was invited by the newly-constituted technical team.

However, the right-back has admitted not playing active football since leaving Torpedo Kutaisi makes it difficult for him to be given a call-up.

“The mindset is that at the moment I don’t have any club and next week we are playing a World Cup qualifier. They call players based on performances so I cannot say I expect to be called,” Inkoom said on Joy FM’s Sports link.

The player is also keen on a return to the Ghana Premier League following the end of his contract with the Georgian side last month.

DISCLAIMER: The Views, Comments, Opinions, Contributions and Statements made by Readers and Contributors on this platform do not necessarily represent the views or policy of Multimedia Group Limited.
Tags:
Black Stars
Nigeria
World Cup Qualifiers