3 domestic workers in court for stealing over ¢50K, mobile phones and other items 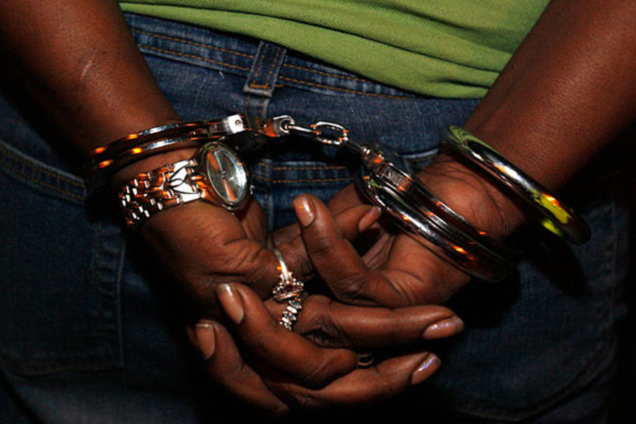 A 26-year-old domestic worker who allegedly stole monies totalling ¢50,440 and hid some in her pants at Osu has appeared before an Accra Circuit Court.

Mawunya Amenuvor aka Enyo is said to have stolen ¢25,000 and $4,800 belonging to her employer, Eric Appiah.

The three accused persons have jointly been charged with conspiracy to steal and stealing.

Janet is facing an additional charge of abetment of crime and dishonestly receiving.

The accused persons have pleaded not guilty to the various charges and they have been admitted to bail in the sum of ¢50,000 bail each with two sureties each.

They are expected to reappear on August 20 before the court presided over by Afua Owusua Appiah.

Prosecuting Inspector Samuel Ahiabor said the complainant is a Financial Consultant living with his family at Osu, Accra.

Mawunya and Janet are nannies in the complainant’s house and Faustina is a cleaner.

According to Inspector Ahiabor, Faustina is the daughter of Janet.
The prosecution said the accused persons have been employed by the complainant to take care of his three kids and assist in domestic chores.

During the course of their work, Janet advised Mawunya not to return any money found in Mr Appiah pocket whenever she washed his clothes, but rather keep them.

During that same period, Prosecution said Janet introduced her daughter to be employed as a cleaner in the house.

Soon after Faustina came to the house, the complainant detected that four assorted mobile phones worth ¢6,500 was stolen.

On July 19, last year, the complainant brought some bulk money to the house to be taken to the bank. On July 22, last year, Mawunya and Janet stole ¢15,000 out of the money.

Based on the development, Prosecution said the complainant placed ¢10,000 as bait and again Mawunya on July 24, last year stole the ¢10,000

The complainant suspected Mawunya and he demanded that she gives him access to her room. Mawunya then claimed that her key was missing.

The prosecution said the complainant insisted and Mawunya‘s door was broken. But she had already managed to sneak in and started packing the monies in her pant whiles holding on to ¢10,000.

Additional $800 was retrieved from her room, Prosecution added.

Prosecution said at the Police station, ¢4,000 was retrieved from Mawunya’s pants and $1,100 under her brassier.

The prosecutor said Mawunya told the Police that it was Janet who advised her to steal so they could share. When Janet was arrested ¢1,600 was retrieved from her room.

Prosecution said during the arrest of Janet, Faustina was seen in the room and two mobile phones, a suitcase, baby stroller were also retrieved.

During Police investigations, ¢19,800 and $1,900 have been retrieved and released to the complainant.