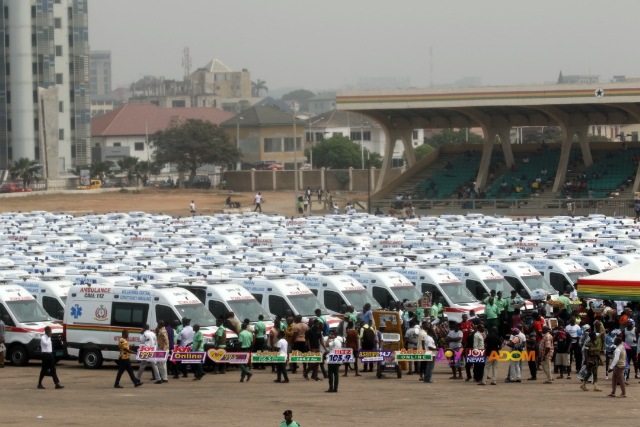 Dr. Yankson lauded the government for the initiative saying that Ghana in its history has not recorded anything close to procuring even two hundred ambulances at a go.

“Generally speaking, in terms of the numbers and then even in terms of the operational scope and the way it is going to be managed, I think that this is a very big improvement over the years,” he said.

Ghana’s emergency healthcare system is expected to see massive improvement as the government  on Tuesday, January 28, released some 307 ambulances.

A total of 4,000 new jobs are expected to be created with the move as clearance has been given for Emergency Medical Technicians (EMT) staff and training across the country.

Dr. Yankson said on the Super Morning Show on Joy FM, Tuesday, that the initiative is important because “at least every locality will have access to an ambulance.”

“Ambulances are life-saving, it is not just the vehicles described as the ambulance but the composite arrangements i.e the human resource and the equipment together.”

He, however, stated that to ensure the efficient, effective and prolonged use of the ambulances, authorities in charge should adopt a proper maintenance culture in the use of all the ambulances.

“Once you have well-trained paramedics, well-trained people to man the ambulances, very good communication gadgets between the points of pick-up and the health facilities, a lot of life-saving activities can be done.”

He further said that the integration of technology into the system will ensure efficient communication between the ambulance service and the health service.