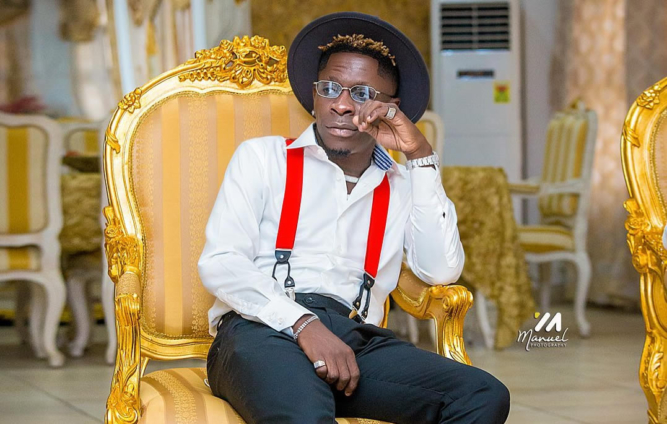 The Chief Executive of 3music Network has denied claims by Dancehall artiste Shatta Wale that the 11 awards he won in the 2019 edition of the 3Music Award scheme were not based on merits.

Over the weekend, Shatta Wale made some shocking revelations about the modus operandi of the 3Music Network in administering its award.

According to him, he swooped most of the awards because the CEO was angry at Afropop act, Stonebwoy, and rapper, Sarkodie.

But speaking on ‘UsayWeytin’ with Prince Tsegah on Tuesday, Sadiq Abdulai Abu stated the dancehall act only attacked the scheme out of spite.

“I would never have problems with Stonebwoy or Sarkodie regardless of my commentary on them. But, everybody knows how Shatta Wale is; he has his way of shutting people up to really attack people.

“He has done it to his personal management; it’s obvious where this is going. A typical Shatta Wale at his best, but this is not true,” he said.

The 3Music Awards CEO further revealed that he has not dealt directly with the musician.

According to him, he has only engaged the management of Shatta Wale.

“It’s is instructive to know that, since I have known Shatta Wale, I have never dealt with him directly across any forms.

“At any point, I have dealt with Shatta Wale; I have done that through Hulio or Bulldog or to some extent Leslie of Fantasy dome, so Shatta knows this can never be the chase and but I get it.

“Within the last few days, my taking deference stands against him on a key issue involving industry and Shatta’s life, and as we all know, Shatta is like that; once you don’t disagree with him, he always comes back with something,” he said on the show.

For some weeks now, Shatta Wale and the CEO of 3Media have been having a go at each other on social media.

The disagreement started when the 3Music CEO called out the dancehall musician concerning a music video.

He wrote, “Keep shooting music videos like you want to battle Jay Z. You will wake up one day and ask me how I made all this money. And I will tell you this.”

Mr Abu further disagreed with the musician on Daybreak Hitz FM when he sent a text message to Andy Dosty to read whilst Shatta Wale was being interviewed on the show.

The message read, “Wale is always making hollow arguments and running in circles. Who says that today one cant know exactly how much one makes on a song or video. How such narratives are allowed to fester is shocking.”

This did not go down well with the ‘My Level’ hitmaker, so Sadiq’s submission was followed by a barrage of harsh words.