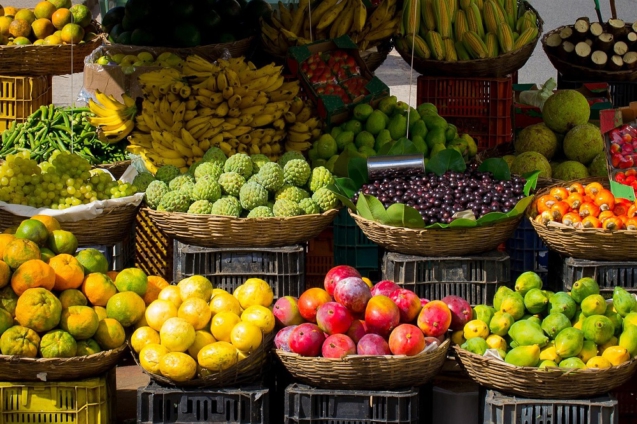 On Oct. 16, 2019, United Nations Secretary General, António Guterres, announced plans to organize an extraordinary global Food Systems Summit to deliberate on the future of the world’s food systems. A pre-summit begins next week in Rome, with the full summit set for September.

Described as a “solutions summit for everyone everywhere — a people’s summit,” the high-level meeting is intended to awaken the world’s citizens and encourage them to cooperate in transforming the way food is produced and consumed across the globe.

The meeting was deemed necessary because the world is not on track to meet the UN’s “zero hunger” Sustainable Development Goal (SDG), as well as the other SDGs, by 2030 unless drastic actions are taken. Participants will deliberate on and launch bold, new actions to help deliver progress on all 17 SDGs, each of which relies to some degree on the goal of achieving zero hunger.

Ahead of the summit, the UN has invited organizations, countries and international bodies to hold public dialogues that generate ideas that will eventually feed into the decisions at the summit. As part of that effort, the Alliance for Science will be holding an independent dialogue at 10 a.m. EDT on Friday, July 23, that looks specifically at the role that agricultural biotechnology can play in transforming global food systems.

Here are four reasons why it matters

You and others in your community may have more than enough groceries in your pantry and fridge. But globally, the hunger situation is precarious, and COVID-19 made it worse. It is estimated that about 811 million people — 9.9 per cent of the world’s population — still go hungry. Between 2019 and 2020 alone, the number of undernourished people grew by 161 million globally due to the COVID-19 pandemic, climate change and conflict.

The UN’s SDG 2 says that by 2030, we should see an end to hunger and ensure food for everyone, including the poor and vulnerable. We’re clearly off-track in terms of meeting that goal. Bold and drastic new ideas are needed to help turn the tide — ideas that independent dialogues and the Food Systems Summit are intended to generate.

The evidence clearly shows that climate change is exacerbating food and water shortages, especially in poor countries. According to a report by the US National Intelligence Council (NIC), more extreme storms, droughts, floods, rising sea levels and hotter temperatures will make it even harder to produce sufficient food. So even if you are comfortable today, with plenty to eat, there is no guarantee that scenario will continue. Steps taken now can help ensure that people everywhere, including you, can eat in the years ahead.

3. The people must be heard

The summit will shine an international spotlight on food issues and elevate public discussions on how to transform and reform our food systems. This global platform gives everyone a chance to weigh in on ways to make our food systems sustainable, resilient and productive enough to feed the world’s billions. At least 140 UN member states, as well as civil society groups and ordinary people, are participating.

Beyond identifying concrete actions that national governments, local leaders, the private sector and the public need to take to meet the zero-hunger goal, the summit will develop a follow-up and review system to ensure that these plans are actually put into place. If you believe in the democratic form of governance, this is your chance to weigh in.

4. This is history in the making

By all indications, the Food Systems Summit won’t be just another talk shop. It will align people working to transform food systems around a common practical framework and develop tools that will guide decision-makers in making good choices. The summit will also promote a science-policy interface on food system. This is a decade-long conversation that will unfold beyond the summit, with the potential to be a game-changing moment for the world’s food supply. This is something you won’t want to miss.

Here’s how to join in

Register for the Alliance for Science’s independent dialogue. We’ve compiled a panel of global experts to discuss the role of agricultural biotechnology in transforming food systems. Panellists will discuss the current and potential future impacts of ag biotechnology on food systems and explore the role that gene editing may play. The ideas, solutions, partnerships and action plans generated in this dialogue will be officially submitted to the Food Systems Summit dialogues platform to inform recommendations and drive decisions that will emerge from the summit.

The Alliance for Science is hosting this dialogue because we believe that resilient, equitable, innovative and sustainable food systems are foundational to better education, good health and economic development.

We also believe that agricultural technologies can help the world address a host of sustainable development challenges by breeding crops with higher yields, reduced needs for fertilizer, better nutrition, resilience to climate shocks and resistance to insect pests.

Modern biotechnology is an innovative, increasingly accessible tool that can help us achieve SDGs quickly and safely while co-existing with other technologies and farming methods, such as digitalization and agroecology.