6 million school children to be dewormed in November 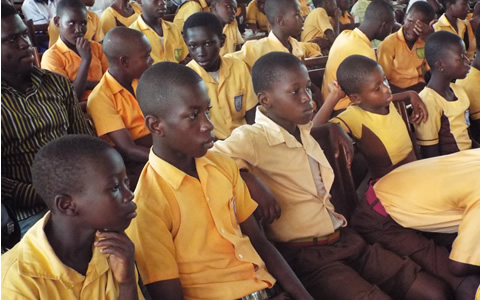 The Ghana Health Service (GHS) will embark on an exercise to deworm 6 million school children between November 4 and November 8, 2019.

The exercise aims to boost the immunity of schoolchildren against Neglected Tropical Diseases (NTD), specifically intestinal worm infestations and bilharzias.

According to the GHS, these particular NTDs are endemic in many parts of Ghana.

In a speech read on his behalf, Dr. Anthony Nsiah-Asare, Director-General of the GHS, listed some NTDs prevalent in the country which included elephantiasis, lymphatic filariasis, bilharzia, Buruli ulcer, leprosy, intestinal worms, trachoma and sleeping sickness among others.

He added that “the GHS and its partners have, over the years, collaborated to control and eliminate NTDs in the country. Through such collaboration, blinding trachoma was eliminated in Ghana in 2018.”

The beneficiaries of the deworming exercise will be students from Kindergarten Two to JHS Three in 205 districts across the country.

The GHS has put measures in place to ensure that children who are not enrolled in school will still be able to partake in the exercise.

Dr. Benjamin Darko, Programme Manager of NTDs at the GHS explained that the poor are more susceptible to NTD’s as they are often malnourished, live insanitary lives and tend to have weaker immune systems.

Some citizens are of the opinion that drugs administered to combat NTD’s are life-threatening but Dr Darko disputed the claim.

He said the drugs used to fight NTDs were rather potent and encouraged citizens to engage in the exercise.