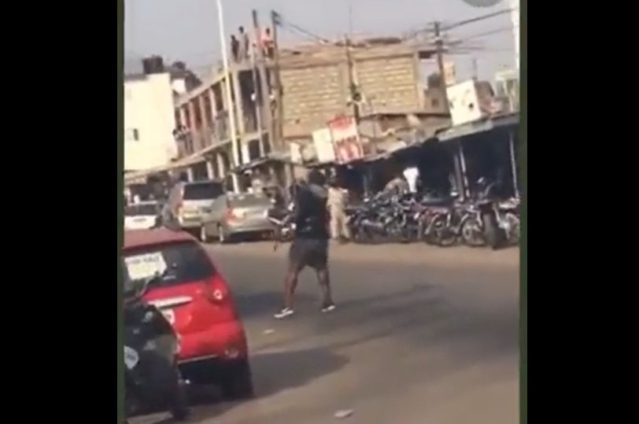 An Accra High Court 2 has granted bail to eight people who were allegedly involved in the Nima-Maamobi clash.

The clash happened last month when two rivalry groups engaged in a violent act at Nima, which resulted in injuries.

The Police arrested twelve persons in connection to the incident.

However, the court presided over by Rosemary Baah Torsu on Tuesday granted eight of the 12 accused persons bail of ¢80,000 with two sureties each.

They are to report twice a week to the Police Department’s Nima Divisional Headquarters.

However, the court remanded Aziz Suleman also known as Rambo and Farouk Dauda also known as Omoni on the basis of a plea from the prosecutor, Chief inspector Denis Terkpetey.

According to him, the two were directly linked to the charges.

In an amended charge sheet presented on Tuesday, February 1, 2022, the 12 accused persons are facing three counts of criminal offences; rioting with weapons, conspiracy to riot with weapons, and causing harm to one Frimpong Boateng and one Shaibu Abdul Razak.

Meanwhile, the ring leaders of the rivalry groups in the violence Ali Awudu alias Bombon and Ibrahim Hussain alias Kumodzi are still at large.

DISCLAIMER: The Views, Comments, Opinions, Contributions and Statements made by Readers and Contributors on this platform do not necessarily represent the views or policy of Multimedia Group Limited.
Tags:
Accra High Court 2
Nima-Mamobi clash