A great tree has fallen, Ghana is poorer for his loss – Akufo-Addo on Rawlings’ death 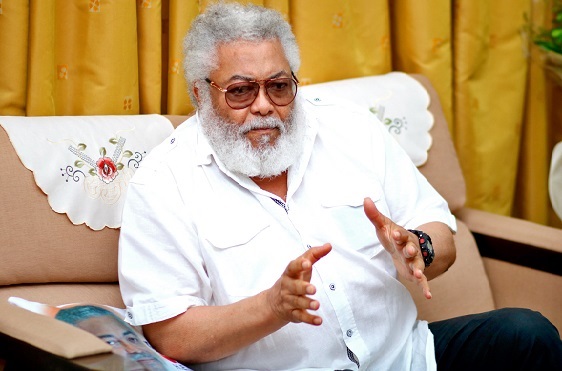 President Akufo-Addo has eulogised the first President of the Fourth Republic, Jerry John Rawlings likening his death to a great tree which has fallen.

The NPP flagbearer of the governing New Patriotic Party (NPP) said “Ghana is poorer” following the loss of the stateman.

In a statement Thursday, the President said, “It is with great sadness that I announce to the nation that the first President of the Fourth Republic, Jerry John Rawlings has joined his ancestors.”

Announcing seven days of national mourning and he also directed all flags to fly at half-mast nationwide from Friday, November 13.

He said, “In honour of the memory of former President Rawlings, the Vice President and I have suspended our political campaigns for the same period.”

Mr Rawlings died at 10 am on Thursday morning at the Korle-Bu Teaching Hospital where he was receiving treatment after a short illness.

“I convey the deepest sympathies of government and the people of Ghana to his wife, the former First Lady, Nana Konadu Agyeman-Rawlings, the children and family of the late President, in these difficult times,” he said.

Meanwhile, the daughter of the former statesman, Zenator Agyeman-Rawlings, in a statement said the incident is a tough one for the family and is, therefore, requesting “for privacy at this difficult moment.”