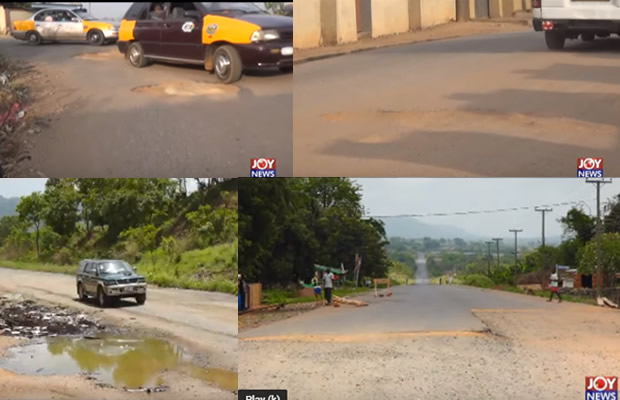 Delay and deliberate stalling of the projects have been cited by the Public Interest and Accountability Committee (PIAC) as a strategy by some stakeholders to make more money.

According to the PIAC, the delays allow for variations in the original costs.

In 2017, there were 21 roads that were awarded in the Greater Accra, Ashanti, Eastern and Volta regions. Over 81 million cedis of oil money was used.

By the time the projects were done, they cost the taxpayer over 395 million cedis, Executive Director of PIAC, Dr. Steve Manteaw has claimed.

In 2011, the government awarded the rehabilitation of the Bremang-UGC and Sepe Dote main road to Kofi Job Company limited. The original contract sum was over 4.9 million cedis.

By the time the project was completed in 2014, the figure had shot up to over 8.7 million cedis, according to a 2017 PIAC inspections report.

This is a 77 percent increase in the project cost. But, motorists who use the road are unhappy with the poor quality of work.

In 2012, Attachy Construction was also awarded a contract to complete the Adukrom area roads within 10 months. The original contract sum was 3.3 million cedis.

By the time the contractor completed the road, the final certified amount had shot up to 4.8 million cedis.

The story is no different from the partial reconstruction of Trom junction-Somanya-Odumase Kpong road.

The contract was awarded to First Sky Limited in 2014. Two years after completion, PIAC reveals that the initial contract sum of 30.8 million cedis has been revised to 35.4 million cedis mainly due to delays in completing the project.

But the road has developed several potholes barely three years after its completion.

That road is not alone.

The upgrading of the Ho-Adidome road and the reconstruction of the Have-Kpando road projects have all seen an upward revision of their original cost after completion.

The Asikuma junction-Hohoe section of the eastern corridor project is becoming one of the expensive stretches to construct.

The road is dusty and bumpy. Commercial drivers who use the road say the poor nature of stretch has increased the maintenance cost of their vehicles.

Last year, the Roads and Highways Minister, Kwasi Amoako-Atta, announced that despite the fact that the government has been able to pay GH¢3 billion arrears from road construction after taking over power, there are still some outstanding arrears to be cleared and the Ministry will do everything possible to clear the remaining arrears in 2019.

This is gradually defeating the purpose of the Petroleum Revenue Management Act. According to this Act, 70 percent of oil proceeds go into the national budget.

This money is by law to be directed to development in key sectors such as education, health and water infrastructure, among others.

Unfortunately, most of the projects for which these monies are being channeled, is being questioned.