For the Iraqi government, it’s the stuff of nightmares: A proxy war between the United States and Iran in a country already wracked by protests, crippled by political paralysis and threatened by renewed terrorism. But that war has come a step nearer with Sunday’s US airstrikes against a pro-Iranian militia in Iraq.

The target of the US airstrikes is a group called Kataib Hezbollah, one of the most radical Shia militia in Iraq, with close links to the Iranian Revolutionary Guards. US officials hold it responsible for a growing number of rocket attacks against US facilities in Iraq. The death of a US contractor in one such attack last week was the last straw for the Trump administration.

On Monday, Grand Ayatollah Ali al Sistani, Iraq’s pre-eminent Shia cleric, demanded action from the government “so as not to make Iraq an arena for settling regional and international accounts.” But that settling is now gathering pace.

Kataib Hezbollah is militantly anti-American. In 2017 and 2018, its fighters in Syria tried to attack the US-supported garrison at al-Tanf on the Iraqi border. Earlier this month it boasted of the failure of the “Saudi-American-Zionist axis of evil.”

It has provided hundreds of fighters for the Assad regime in Syria — part of a broader Iranian effort to help stamp out the insurgency there — and is an important element in Iranian efforts to extend its influence through northern Iraq and into Syria. The US strikes, notably, were against targets along the main route between Iran and Syria.

In recent months, Kataib Hezbollah has stepped up attacks on US facilities in Iraq in line with Iran’s wider campaign of resistance against the re-imposition of sanctions by the US. To start with, these attacks were no more than irritants — most of the rockets fell harmlessly some distance from US forces. But the range and potency of the attacks have grown, and they’ve become more accurate. In one attack in November, 17 rockets were fired on a base south of Mosul.

Earlier this month, US officials said the complexity and volume of the attacks were increasing and risked an unintentional escalation. The New York Times reported that Iran had also built up an arsenal of short-range ballistic missiles inside Iraq. 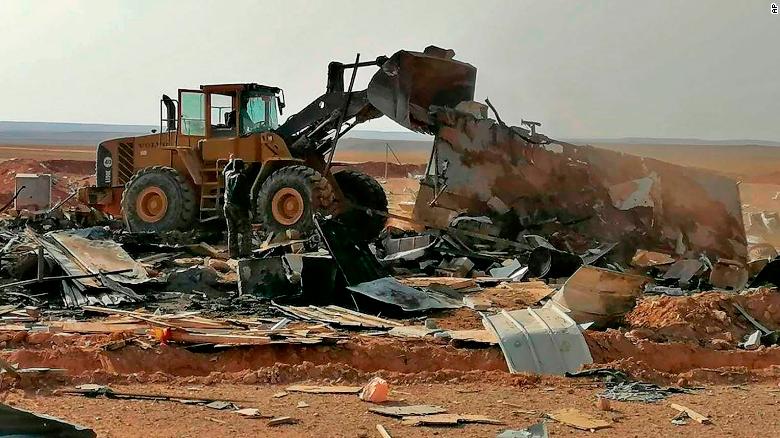 Fighters with the Kataib Hezbollah militia search for bodies in the aftermath of a US airstrike.

For the Iraqi government, the face-off between the US and pro-Iranian militia adds another source of instability in a country already deep in crisis. Roiling popular protests since October have pitted young Iraqis fed up with corruption and the lack of opportunity against the security forces and militia like Kata’ib who are accused of some of the harshest actions against demonstrators. The US has already sanctioned a leading Kataib Hezbollah official for human rights abuses. At least 485 people have been killed since protests erupted and at least 27,000 people have been injured, according to the Independent High Commission for Human Rights of Iraq.

The unrest has further weakened an already fragile economy and has triggered a political meltdown. Prime Minister Adil Abdul-Mahdi has resigned but no consensus candidate has yet emerged to replace him. Two constitutional deadlines to nominate a successor have come and gone.

In many places, the protests have taken on an anti-Iranian flavour, with the Iranian consulate in the city of Najaf torched last month.

Iraqi President Barham Salih, a Kurd, last week threatened to quit “to avoid more bloodshed and in order to safeguard civil peace” rather than approve a candidate for Prime Minister seen as pro-Iranian. Thousands of protestors, who are demanding fresh elections and an end to the domination of existing political blocs, took to the streets in support of Salih’s stand.

But Iran has invested heavily in deepening its influence in an arc from Iraq through Syria to Lebanon and will not give up its strategic gains without a fight, even as US sanctions make its expansionism difficult to afford. 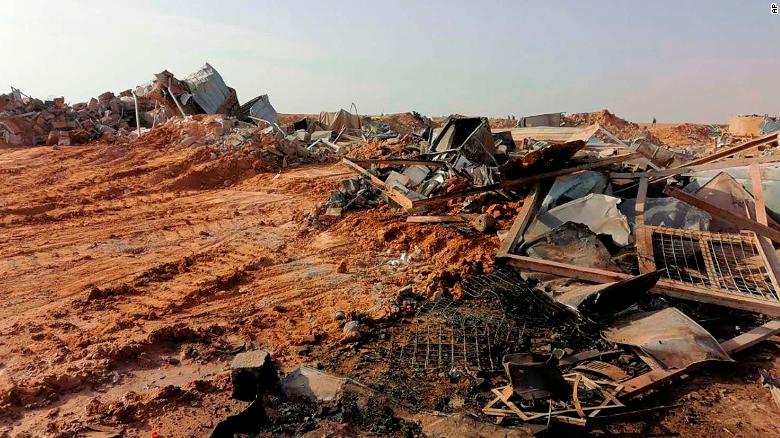 The headquarters of Kataib Hezbollah lies in ruins in the aftermath of a US airstrike in Qaim, Iraq.

The political deadlock in Baghdad is beginning to look like a struggle between pro-Iranian Shia groups and Iraqi nationalists. And the airstrikes will embolden the pro-Iranian blocs in parliament to push again for the expulsion of US forces from Iraq.

The last time they left, at the end of 2011, ISIS took full advantage. The remnants of the group may now be savouring a new opportunity. They have been regrouping underground in provinces north of Baghdad. There has been a steady uptick in ambushes, bomb attacks and assassinations claimed by the group in the latter half of this year.

A proxy war between US forces and pro-Iranian groups that are notionally tied into the Iraqi military would make counter-terrorism operations — the very reason the US still has 5,000 troops in Iraq — more difficult.

The rhetoric suggests the US airstrikes will not go unanswered. Iran has said the US “must accept responsibility of the consequences of the illegal attacks.” Kataib Hezbollah called for “a new phase of pride and honour, a phase to drive the brutal American enemy out of our holy land.”

In November the senior US military commander in the region, Gen. Kenneth McKenzie, said Iran was trying to “crack the campaign” of US sanctions through attacks designed to provoke an American military response. If that’s the case, Tehran may have succeeded.