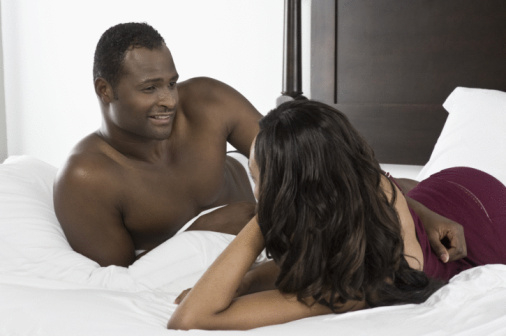 For most people, sex isn't a crazy taboo topic, but it's also not exactly prime dinner-table conversation either. (And you also might not feel super comfortable asking your most personal sex questions to anyone outside of your closest friend group.)

That’s why Otis Milburn—a central character on Netflix’s new show Sex Education—creates his own sex therapy side hustle at his high school. But since not everyone has an Otis around, we decided to consult a pro of our own. Here, sex and relationship expert Emily Morse, PhD, host of the “Sex with Emily” podcast on iTunes and radio show on Sirius XM, breaks down your most common questions. Consider this your ultimate guide to a true bedroom education of your own—no appointment required.

1. My partner wants to have sex way more often than I do. How can we work this out?

Even just thinking about sex can help. “Basically, the more you keep sex top of mind and keep your pilot light on, the more likely you are to want it more,” Morse says. Her advice: If your partner wants it more than you do, try planning it in advance. “People think that sounds lame and boring, but if you know you’re having sex on Saturday night, you can build up to it so that you’re more in the mood once you’re there.”

And although the number of times you have sex is different based on your couple dynamics, once or twice a week is generally considered a healthy amount, Morse advises.

2. I have a hard time orgasming during sex. Any tips?

You’re not alone, for starters. The majority of women do not achieve orgasm during vaginal intercourse. “Women require extra clitoral stimulation, and that usually doesn’t happen during intercourse,” says Morse. She suggests having more foreplay before sex instead of going straight to the act, to be sure your clitoris is stimulated.

Doing kegel exercises also strengthens your pelvic floor muscles, which in turn can lead to stronger orgasms, she adds.

3. How can I ask for what I want in bed without offending my partner or creating awkward tension?

Go for the compliment sandwich, advises Morse. “An example of this is when you say something like, ‘I love it when you go down on me; it feels so good… and it would be amazing if you did it more often, because it’s really the thing I fantasize about most,’” she says. That way, the conversation stays positive and keeps things focused on the good parts of your sex life, rather than what you’re not getting.

Morse recommends having this convo outside the bedroom when you’re relaxed and in a good mood. “Road trips are great for this because you’re not making eye contact but you’re still together, which makes it less awkward to talk about sex,” she explains.

Last suggestion: Read erotica. The key is to find things that turn you on, whatever that looks like for you, she concludes.

There are three important things to keep in mind, explains Morse. The first is that wetter is better: “Use lube, use your tongue, and use your lips—it’s really important that your partner’s penis is never dry,” she explains.

Second, it’s not always better to go deeper. “The head is the most sensitive area, so make sure you use your hand on the shaft and the frenulum,” continues Morse. (FYI: The frenulum is that small, sensitive spot on the back of the penis.)

Third, get into it! “If you’re not enjoying it, your partner likely won’t enjoy it, either,” says Morse. “Try making eye contact to enhance the experience."

6. I don’t feel good about my body during sex. How can I be less self-conscious and just enjoy it more?

This is what Morse refers to as an “inside job,” because you have to do the work on yourself. Although it’s easy to think that the problem is rooted in sex, it’s actually often not about sex at all. Sometimes, it's about your self-esteem in general, and whether or not your struggles may be rooted in a past trauma, abuse, or chronic negative thinking, says Morse.

Some ways to work on boosting your self-esteem include keeping a journal, repeating daily affirmations, having a good therapist, or all of the above. “The key is to retrain your thought patterns so that you can work toward accepting yourself,” she explains.