A week of M.anifest v Sarkodie ‘war’ and Sallah tragedy 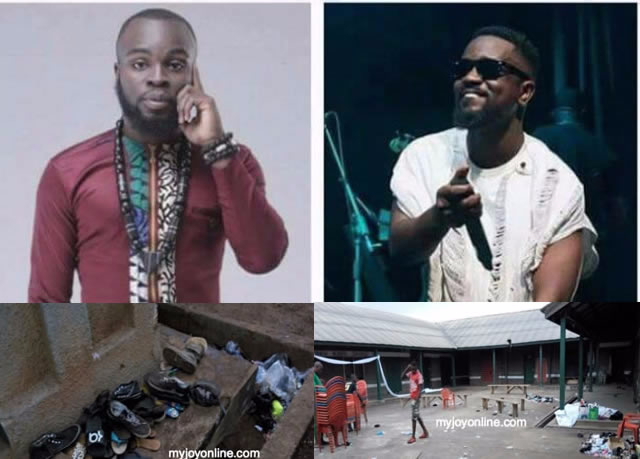 This week has been a remarkable one with the Sarkodie and M.anifest brouhaha and the 'resurrection of the power crisis referred to as dumsor'.

On Monday, the internet virtually exploded over who is the king of rap. It was the war of songs between artists, Sarkodie and M.anifest with Kanta and godmc receive massive airplay in mainstream media.

On the same day, a suspended Youth organiser of the Convention People's Party, Ernesto Yeboah defied a decision by the party to suspend him and went to the office but faced no resistance by party officers when he went to work.

Some youth of the party gathered there to demand the reinstatement of Ernesto and the Party's General Secretary, Nii Armah Akomfrah both of whom had been suspended for contradicting the flagbearer's position on a $100,000 gift given to President John Mahama.

Also,  the Electricity Company of Ghana (ECG) revised electricity tariffs to reflect government subsidies which were aimed at cushioning consumers.

Meanwhile, some consumers complained bitterly over what looked like a return of frequent power cuts in some parts of the country.

On Tuesday, the Supreme Court ordered the EC to delete some 56, 739 names of NHIS card holders from the voter's register.

Then the Deputy Minister for Power, John Jinapor said a timetable for load shedding was going to be released soon.

But on Wednesday, President Mahama contradicted the statement by the Minister and said although there are challenges, a load shedding would not be declared.

And management of an Accra -based radio station, Montie FM dissociated itself from comments made by some panellists on their platform, threatening judges.

Thursday was welcomed with a rather sad news after nine people died in a sallah jams stampede at Asawase in the Ashanti region.

On Thursday, contrary to what the ECG announced on Monday, President John Dramani Mahama said the power distributor had re-aligned its billing cycle.

On Friday, the Electoral Commission presented to parliament a constitutional Instrument seeking to pass a new law  that will make it possible for electorates to vote without being verified.