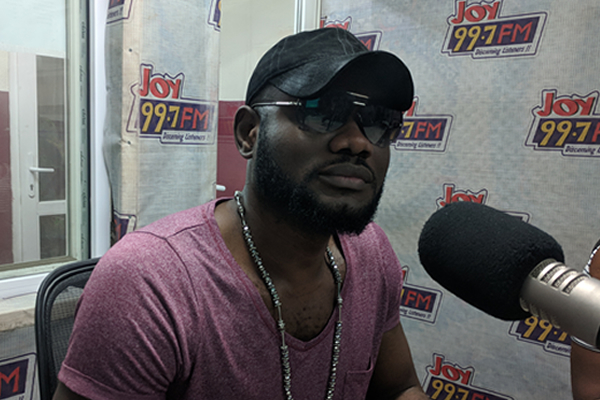 Actor Prince David Osei says a woman should not be allowed to take the responsibility of a man by bearing the costs of a wedding.

He believes it robs the man of his dignity.

The actor, alongside writer Aphua Larbi-Mensah and Yasmine Wuruche were guests on the Super Morning Show where they discussed whether or not it was high time women took the initiative in proposing to men they like.

Prince David Osei, just like the other guests, thought that it was not unheard of.

According to him, some men for the fear of commitment stall in popping the big question and must sometimes be awakened by the woman taking matters into her own hands.

He told Kojo Yankson “the thing about marriage is people don’t want to be committed for their entire lives. So it’s a very difficult situation. Most often, men tend to be laid back, you know they love you, they’ve been with you, but just to say the words ‘I want to marry you. Will you marry me?’ is a bit tough.”

When as part of the discussions, the issue of whether it is okay for the woman to bear the cost of the wedding came up, the actor thought “there’s a lot wrong with that”.

He suggested that even though the woman may meet the man half way with expenses, allowing her take charge, “sometimes it takes your dignity away as a man”.

Writer and film critic Aphua Larbi in her submission admitted that though there was nothing wrong with a woman popping the big question, she had to be sure her partner felt the same way about her.

“In a relationship, you have to be sure you’re both on the same page, because if they are, why not? You can go ahead and propose.”

Miss Wuruche in agreement said, “I think if you want to propose to a man, sure go ahead, but like she said you have to be on the same page, just like if a man was going to propose to a woman.”