A workable alternative to the ECOWAS EPA 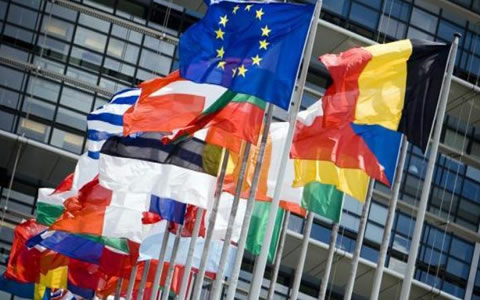 Contrary to pronouncements from some government officials, some think tanks, parliamentarians, among others, that Ghana has no other alternative than to sign the Economic Partnership Agreement (EPA) tabled by the European Union, there exists a workable alternative that has been repeatedly pointed out to government and the negotiators over the years.

And that is by absorbing the marginal duties of the exporters to the European Market. This will save all workers, revenue, exporters (domestic, regional and those to the EU market), policy space for development and our sovereignty as a nation.  Ignoring this option will deliver a net cost to the Nation.

A. Benefits of Signing the ECOWAS EPAs/Costs of Not signing EPA

In the absence of the ECOWA-EPA, 72% of Ghana’s current export to the European Union (EU) market will enter duty free quota free.  Of the remaining 28% which will face duties, the most important in terms of trade volumes and values are: tuna, (facing 18-20% duties); fruits and vegetables (2-8%) and cocoa butter and paste (4-6%).  If Ghana signs the EPAs, these products will continue to enjoy preferential market access, and not pay the relevant duties until the Doha round of trade talks are concluded, after which the preference will be eroded.

But if the EPAs are not signed, then, based on United Nations Economic Commission for Africa (ECA) and South Centre’s calculations, and based on their current export volumes, these companies will pay a maximum combined import duties to the European Union to the tune of $52 million dollars annually.

In addition, by the account of the companies themselves, a maximum of about 4, 000- 4,500 jobs will be threatened.

B. Cost of Signing /Benefits of Not signing ECOWAS EPA.

By contrast to the above, signing and implementing the EPAs will trigger the following range of costs.

a) Imports effects on Domestic and Regional Market

The signing of the agreement will open up the market to about 75% to imported goods from European Union.  Since most of these European goods enjoy better conditions of production, they will out-compete domestic products which are either similar or substitutable.  The market access offer that was concluded in Dakar by the chief negotiators actually targeted the light manufacturing sector, the acknowledged catalyst for any industrial development.

According to MOTI’s own figures, these sectors that will be affected are the most dynamic and innovative future industries and job-creating sectors.

These are also sectors that don’t export to Europe, but rely on the domestic and regional market.  Signing the EPAs will destroy their domestic market.  These include, wood products, wire and metal products, plastic, pasta etc.

Jobs: From MOTI’s analysis, the job losses in this already beleaguered manufacturing sector would be a minimum of 43,000 direct jobs, with related indirect jobs across the economy escalating even further.   This excludes means of live-lihood in agriculture, etc.

A lot of figures have been put forward by a number of credible institutions. According to the Ministry of Trade own calculation EPA will cost government tariff revenue to the tune of $150million and $374 million (according to the United Nations and the South Centre) annually on European imports.

Using the national budget statements, which are official policy statements of the Government of Ghana, international trade taxes, as projected in the 2014 budget statement, is about 1.6 billion dollars.

Taking thirty-five percent (amount of imports from the EU) of this figure and accounting for the sensitive list (i.e. less 25%), the amount of taxes to be forgone come to four hundred and sixteen million dollars ($416 million) under the EPAs.

Thus not signing the EPAs will save the country this amount.

The signing of the EPAs will take away the use of tariff as a policy tool used by many developed economies for industrialisation.

Due to  World Trade Organisation rules, performance and domestic content requirements related to goods have become strictly circumscribed, (in key instances prohibited outright) leaving tariffs and the price mechanism as the tool of choice for promoting domestic content and local procurement objectives (outside investment rules).

In addition, under the EPA, export taxes, which use is constrained, will undermine any industrial development. This could be used to make raw materials available for domestic use.

A key example is the policy on scrap metal which is used to make the material available for local use.

Also funding of the Export Development and Investment Fund (EDIF) and other similar initiatives from import duties will also be illegal.

Furthermore, there is the issue of Most Favoured Nation (MFN) which basically bars Ghana from entering into any trade agreement with a third party. The rational of this clause in the agreement is to secure the interest of the EU by giving it a competitive edge ahead of other competitors to the detriment of Ghana in the sense that it limits the possibility of entering into any trade agreement with other developing countries such as China, India or Brazil.

ECOWAS region is an economic space.  Most of the domestic job-creating industries export mainly or even to the regional market.  There is also the budding regional financial, services, and infrastructure market that Ghanaian companies can tap into.

2. To meet the challenges of the three export sectors which will face the combined duty of $52million dollars, Government should absorb the marginal duties using saving of $416 million in tariff revenue to support such industries while steps are taken to help them diversify their market.

A significant number of countries are doing this, as confidential acts, including Namibia which is helping its beef sector diversify while holding signature of the IEPA at bay.

In any case, the preferences which the exporters currently enjoy, and which will be protected with the EPA are being eroded, and will be very little by the end of the Doha round negotiations in WTO. So most Ghanaian exporters have to diversify in the long-term, and become competitive outside preferences.

3. What is more, not signing the EPAs, the government will also save the domestic sector, jobs, future policy space, etc, which are practically priceless.