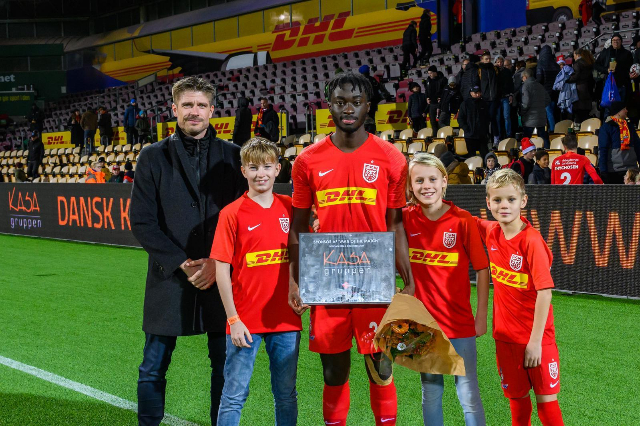 Ghanaian youngster Abdul Mumin was adjudged man of the match in FC Nordsjælland’s defeat to FC Copenhagen in the  Danish League.

Mumin who played the full throttle of the game  impressed greatly but that wasn’t enough as his side lost 1-0 on Sunday.

The former Right to Dream Graduate has been impressive forNordsjælland as he has played every game this season.

Mumin signed for FC Nordsjælland professionally in 2016 and has since been impressive for the side.

With his contract set to end at the end of the season a lot of European clubs are on his heels for his services.