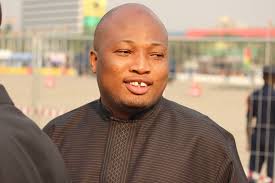 MP for the North Tongu Constituency, Samuel Okudzeto Ablakwa has announced one week of free health screening for his constituents, from December 24.

Announcing the intervention on his Facebook page on Friday, the legislator indicated that he has taken note of the plight of his constituents who cannot access medical attention.

According to him, such persons include those who are not insured under the National Health Insurance Scheme, as well as those with conditions that are not covered by the scheme.

“In the spirit of the season, I have made arrangements with the management of health facilities in Juapong, Podoe, Dorfor Adidome, Volo, Tagadzi, Fodzoko and Torgome — all in my beloved constituency, to offer free medical care to all uninsured patients and those reporting with conditions not covered under health insurance”, Mr. Ablakwa said.

The Ranking Member on the Foreign Affairs Committee of Parliament also revealed that, “The free medical package starts today [December 24], and ends by midnight of 31st December, 2021”.

“The joy of Christmas is in sharing and spreading Kindness in our own little way”, Mr. Ablakwa concluded.

Reacting to the gesture, many individuals have lauded the MP for his thoughtfulness and generosity.

A user on Facebook, Sika Nutmeg, in applauding the MP’s effort said that, “‘I’m not a member of the NDC but I will surely vote for you as the best MP of the year, sir. I salute you and wish you all the best in the coming years”.

Amidst the commendations, others also wondered the source of Mr. Ablakwa’s funding for all the gestures he has been extending to his constituents.

In this regard, one of his fans, Al-hassan A. Sourf questioned that, “What’s your source of revenue for these bold developmental steps? If you’re doing these stuff in the capacity of an MP, then over 90% of our MPs are filthy rich”.

Alhassan added that, “They do not even [do] a quarter of what you’re doing. So what do they use their funds, or connections or power for? Seriously, I just don’t get it. Indeed, you’re one in a million. My Sagnarigu MP is always throwing us proverbs. Beyond that, nothing meaningful. It’s a pity”.

Bilignaman Ntebii Noah also remarked that, ” Wow, but where do you get such money knowing that your party is not in power, Sir? God bless you. You have made being a Member of Parliament admirable for we the upcoming ones”.