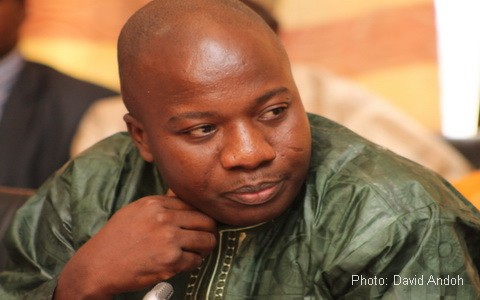 A good thing sells itself by its very nature, substance, and worth. Not by the noise it makes. It is only empty barrels that draw attention to themselves through noise-making.

So it is with government business too. A good government needn’t declare its “goodness” through the noise it makes but through the self-evident accomplishments that attract public goodwill toward it.

It seems in our time that much premium is being placed on noise-making, couched as “communication of government business” for which a whole Directorate of Communication has been established at the Presidency to run parallel to the Ministry of Information (and Media Relations!).

President Mahama has just appointed Mr. Ben Dotse Malor as Senior Communications Adviser and Head of Communications at the Presidency. And immediately, tongues have begun wagging in bewilderment and disbelief, apparently because of apprehensions against the duplication of functions at the expense of the tax payer!

I welcome the appointment because Mr. Malor has all the credentials for the position. Putting him in charge of communications at the Presidency is appropriate, even though it raises eyebrows in terms of the anomalous relationship that exists between the Communications Directorate at the Presidency and the Ministry of Information and Media Relations.

What exactly does one do that the other doesn’t do as far as managing information for the government is concerned? A mere duplication of functions, which is at the centre of the head-butting going on all over the place as if the government is not sure of how its communication business should be done?

Too much inconsistency, too many contradictions, and shoddy work in communicating information about government business!

At no other time in our country’s history has there been so much needless duplication of functions and discrepancy in information management between the communication team at the Presidency and the Ministry of Information and Media Relations.

The problem is not about the job designation itself per se but about the broader framework within which government’s business of communication is done.

I have on several occasions advocated for the abolition of the Ministry of Information and Media Relations because it is irrelevant to the contemporary Ghanaian political exigencies.

It has been equipped over the years with the tools for that work, even if its real impact isn’t being felt. After all, in this era of advanced information and communication technology, who will wait for a government institution to disseminate information on what the government is doing or failing to do?

The citizens have more means to gather and share information than that Ministry can provide. Even then, there is already a prejudiced perception of the Ministry as a propaganda unit whose activities are to be regarded with suspicion. In effect, the Ministry has outlived its usefulness and should be disbanded. Its assets should be re-distributed to relevant institutions and no room left for it to spring back to life.

The most important issue here is to prevent the irrelevant duplication of functions that the Ministry’s co-existence with the Communications Directorate at the Presidency has engendered. There should be only one entity to do the government’s bidding on communication, which should be the Press Secretariat at the Presidency.

I don’t really care if the President feels safe to designate some as his spokespersons but their purview shouldn’t exist outside the framework of the Press Secretariat. The US’ President Obama has many spokespeople but they belong to one unit and have their own specialties that they speak on if so directed by the appointing authority. None feels superior to the other nor is there any mad rush to catch the President’s eyes because one is a gas-bag!!

The Press Secretariat should be permanent and inserted in the 1992 Constitution as such so future Presidents can be banned from tampering with it and other institutions of state designed to support governance. The President should be debarred from abolishing or creating institutions at will. For instance, if the provision is inserted into the Constitution regarding the Press Secretariat at the Presidency, no President should be allowed to abolish it. All he/she can do is to appoint personnel to staff it, not to re-designate it or scrap it altogether.

For far too long, our Presidents have abused the enormous powers vested in them to do capricious and whimsical things. Permanency and consistency of institutions of state are important aspects of democracy that we must uphold. No one should be allowed to toy with the apparatus of state for narrow political purposes only to leave problems behind when the tenure ends.

Putting everything together, then, I can say that President Mahama and his immediate predecessor are not benefitting from the Communications Directorate that they created at the Presidency. The time has come for drastic changes to straighten the line.

In that context, information concerning the Presidency should be handled by an appropriate unit at the Presidency that must be well equipped with appropriate technology and requisite calibre of personnel to do the government’s public relations and information dissemination business. No recourse to any Ministry of Information and whatever!