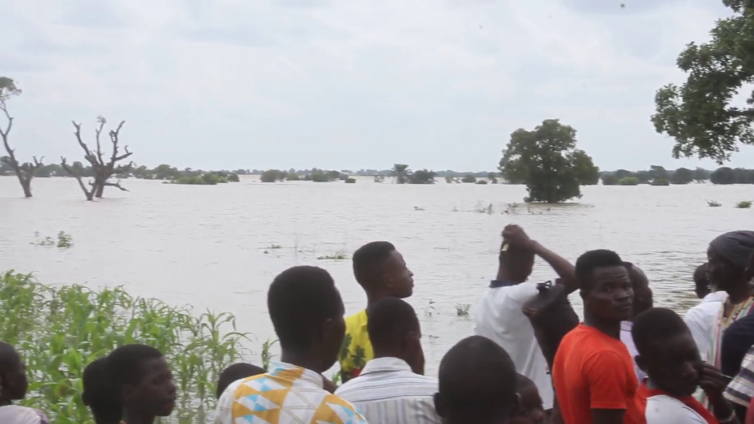 About 40 houses have submerged in the Upper East Districts of Garu, Tenpane and Pusiga as a result of the overflow of the Tamne Irrigation Dam.

Also, livestock belonging to farmers have been washed away while others are suspected to have been eaten by crocodiles.

One of the affected farmers is Michael Abugri Anabilla who says “it has not been good to be a farmer”.

Hundreds of cash crops, and economical trees have also been destroyed.

Access to healthcare centres and schools have been hindered meaning students would be unable to go to school in the coming days.

The Assembly member for Zamballa Electoral Area who spoke to JoyNews stated that the flood has wreaked havoc on maize farms.

“Our maize farms have been submerged by the flood,” he lamented.

Meanwhile, the victims are appealing to government to come to their aid.

The Tamne Irrigation Dam has eight major tributaries and confluence. It is suspected that the release of water from these sources was the primary cause of the flooding.

The Tamne irrigation dam which started under former President John Dramani Mahama when completed, is expected to irrigate 3,250 acres of land and provide over 5000 indirect and direct jobs to the youth.