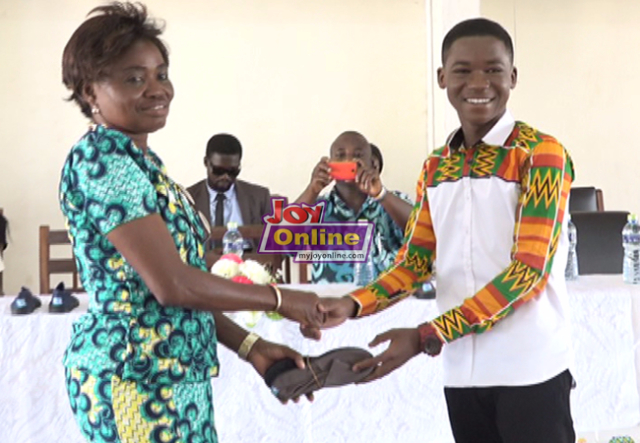 Child movie star Abraham Attah has started donating the 10,000 pairs of Toms footwears he grabbed international headlines with at the 2016 Academy Awards.

The actor, who wore a pair of velvet Toms to the 88th Oscars in February this year, speaking to Ryan Seacrest of E! revealed that the shoe brand will donate 10,000 pairs of the shoes to Ghanaians.

Mr Attah kicked off the donation of the footwear after a press launch at the Gold Coast Restaurant in Airport West in Accra Thursday.

“I want to say ‘Thank You’ to Toms for giving me this opportunity to give out 10,000 shoes to give to the needy in Ghana,” he said.

Mr Attah’s team, in collaboration with Bright Future Organization, would be in charge of distributing the footwears to the various charity organisations and institutions including Bujumbura Refugee Camp.

At the press briefing to kick off the donation was attended by some cast members from ‘Beast of No Nation’ including Ama K. Abebrese, 'Striker' and 'Justice'.

Bernice Dapaah, a representative of Bright Future Generation, an NGO who represents Toms in Ghana was also in attendance.