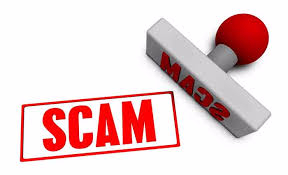 Police in Abuakwa near Kumasi in the Ashanti Region have arrested two people for duping over 200 people to the tune of GH¢1 million under the pretext of getting them enlisted into the police and military.

A third suspect, who is on the run is being pursued by the police.

Sampson Appiah-Dankwah, a head-teacher and his accomplice, Abenaa Alex, reportedly collected between Gh¢2,500 and Gh¢5,000 from each of their victims.

Appiah-Dankwah is a head-teacher at Kwamebikrom in Sefwi Debiso District of the Western Region having served as assistant headmaster at Dabaa junior high school (JHS) near Akropong in the Ashanti Region.

According to sources, a police corporal stationed at Wa who is part of the fraudsters has already been interdicted for his role in the nefarious activities.

The victims are from Ashanti, Brong Ahafo, Upper West and East Regions.

Luck, however, eluded them when police picked up Appiah-Dankwah from his hide-out on Wednesday at Sefwi Debiso.

Abenaa confessed to the crime after she was traced and arrested in Sunyani in the Bono Ahafo Region.

They will re-appear on September 13 while investigations and search for the escaped suspect continues.