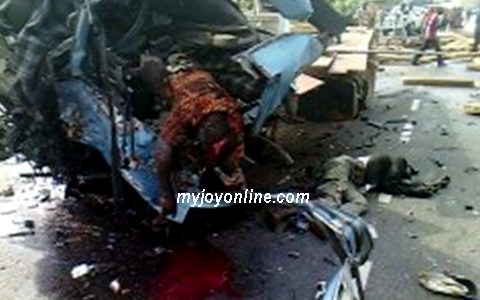 One passenger died on the spot, while 25 others were injured, when a sprinter bus from Asin Fosu burst a tire near Apam Junction in the Central region, yesterday,March 15, 2014.

On bursting its tire, reports say, the bus skidded off the road and somersaulted and in the process, 25 people got injured including 12 males, 9 females with 4 children.

Meanwhile, one man, aged about 62, died on the spot.

The Winneba District Police Commander, DSP Lawrence Lumoh, tells Joy News the victims were rushed to the Apam hospital, where they are receiving treatment.