Accra Compost Plant gives May 19 ultimatum to shut down 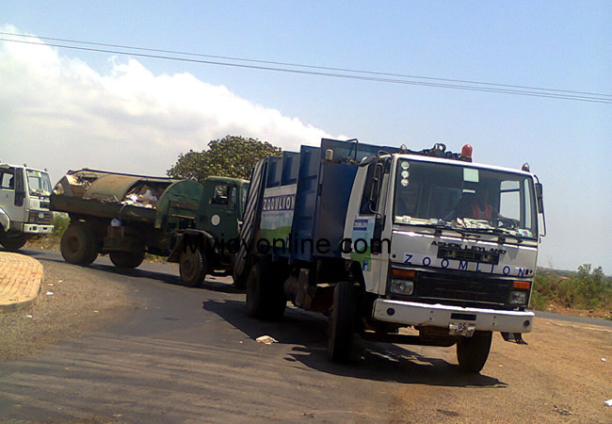 Managers of the Accra Compost and Recycling Plant have served notice that they will shut down the waste management plant if monies owed them is not paid by next Monday, May 19, 2014.

Speaking to Joy News, Tuesday, the Business Development Manager of the Plant, Michael Tuwor noted that since the inception of the Plant more than two years ago, the Ministry of Local Government has not fulfilled its part of the contract signed.

"Come May 19, if the situation does not improve any better, we are planning to shut down the site. And this will be a serious blow to the entire industry", he asserted.

According to him, the outfit has never received any money from the Local Government Ministry for managing waste in the metropolis, adding that it has become difficult in operating the Plant since operational expenses are finance with loans, which is difficult to sustain.

The Local Government Ministry is yet to indicate when monies owed the Accra Compost Plant will be paid.

Meanwhile, over 90 waste-disposal trucks are stuck at Kpone Landfill site.

Further complicating the operations of the land fill site is the frequent power outages making it difficult to offload garbage since the electronic weighing machine used in clearing the trucks has become ineffective.

A generator that powers the machine has also broken down.

Some parts of the capital are currently littered with garbage and filth resulting in public outcry over the bad sanitation situation.

The Environmental Services Providers Association says the sanitation situation in Accra and Tema can only improve if government pays over 16 million Ghana cedis owed operators of the Kpone Landfill operators.

The Spokesperson for the Association, Ama Ofori-Antwi told Joy News that the current pile of waste in the metropolis resulted from the Easter Monday holiday, when there was no activity at the site.

She is therefore pleading with government to immediately make payments for landfill sites operators in Accra, Kumasi and other regions in order to avert closure of the landfill sites since the secretariat has received a letter issuing warning to that effect if payment is not made.

The situation, she noted, will cause health problems to the people, adding, "for the Accra compost site, since its inception in July 2012, I have never received any form of payment".