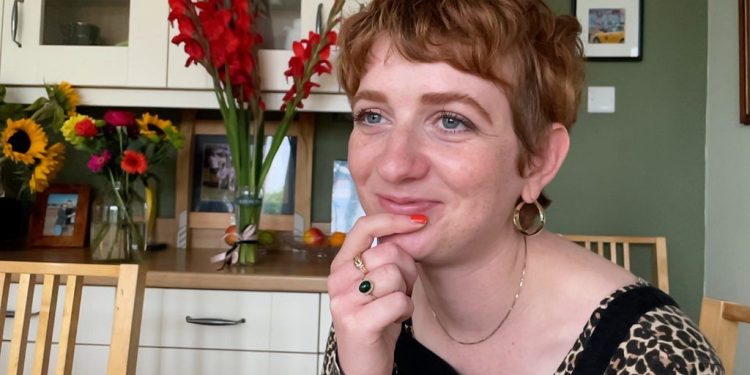 Actress Phoebe Frances Brown, who wrote and performed in a play inspired by her incurable brain tumour diagnosis, has died at the age of 29.

Her one-woman show, The Glad Game, was acclaimed as a “mesmerising portrait of hope in the face of horror”.

She died at home in Nottingham surrounded by family and her partner Jake on Wednesday.

Her agent Joe Powell said the industry had “prematurely lost one of its brightest stars”.

“Phoebe’s talent was matched only by her humour and determination,” said Mr Powell, of Curtis Brown.

“She was nothing but a joy to work with and was beloved by everyone she met. I’m heartbroken.”

When interviewed by the BBC in October, Miss Frances Brown said she had started writing the play while in hospital.

“I was writing more for myself because I was just making sense of it all,” she said.

She was born in Nottingham and trained at the city’s Television Workshop, a charity known for developing stars including Vicky McClure and Jack O’Connell.

She then studied at the University of Birmingham, where she received a first class degree.

The Glad Game was developed into a film by TEA Films.

Miss Frances Brown could also recently be seen in Hung Out To Dry, a comedy short which she also wrote herself, and was commissioned as part of the BBC New Creatives scheme.

She played the role of Constance Pettigrew in the BBC Radio 4 series Home Front and recorded The Whisperer in Darkness for BBC Sounds.

She was also a member of the female comedy troupe Major Labia.

Other acting credits include Small Island and If We Were Older – which were both performed at the National Theatre – and Sorry, which was performed at Soho Theatre.

DISCLAIMER: The Views, Comments, Opinions, Contributions and Statements made by Readers and Contributors on this platform do not necessarily represent the views or policy of Multimedia Group Limited.
Tags:
Actress
Phoebe Frances Brown