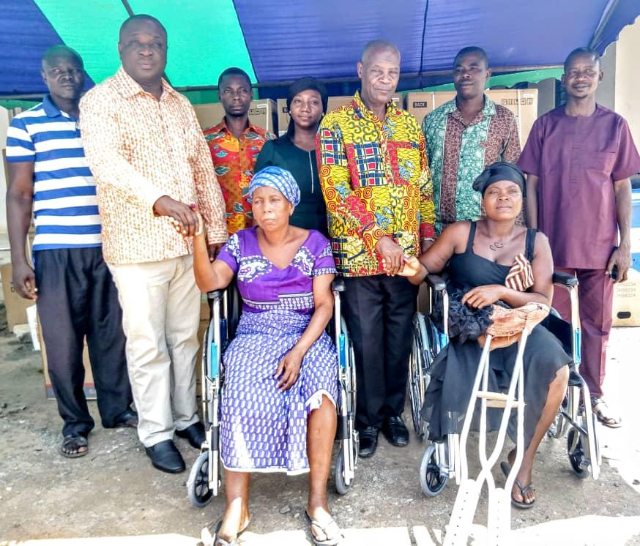 The Acting Ada West District Director, Social Welfare Department, Madam Abigail Teye, has disclosed that the Assembly spent about ¢ 260,000, three per cent of the Common Fund on Persons With Disability (PWD) in 2019.

This was done as part of government’s programme to reduce poverty among persons with disability.

She told journalists that the Assembly had over 700 registered PWDs who are invited to apply for support.

“Over 54 items which are deep freezers, overlock machines, fridges, industrial sewing machines, laptops, knitting machines, barbering tools and accessories and many more have been given to equip and establish the PWDs in their various vocations,” she said

She added that they always undertook needs assessment while they await the full release of the fund since the government did not release funds on time.

Mr A. Lawer Akrofi, Ada West District Chief Executive told the PWDs that the Assembly and Government would always support them to be successful in their various pursuits.

Mr. Amuyao Narh David, former Presiding Member and Chairman for the occasion told the PWDs that, “The Assembly and the government want your life to change through empowering you to work for your own success and happiness”.

The Member of Parliament for Sege, Mr. Christian Corletey Otuteye, in his brief speech said, “The Assembly has done well in equipping the PWDs and we have to appreciate their efforts.”

DISCLAIMER: The Views, Comments, Opinions, Contributions and Statements made by Readers and Contributors on this platform do not necessarily represent the views or policy of Multimedia Group Limited.
Tags:
Ada West
PWDs