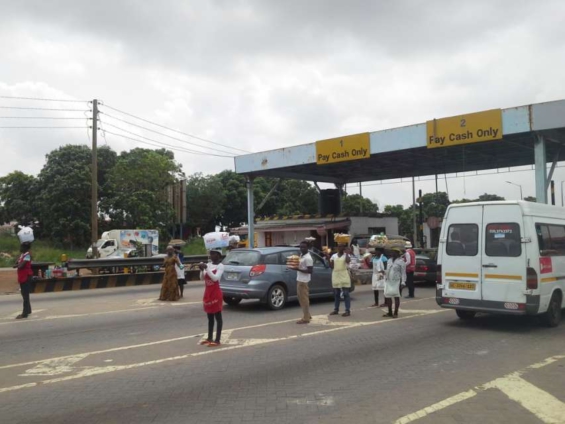 Road and Building Consultant, Ing. Abdulai Mahama has asked the government to justify its decision to increase road tolls.

According to Ing. Mahama, the huge revenue losses from the toll booths being reported by the Minister of Roads and Highways, makes it inappropriate for the government to want to increase the tolls.

The Sector Minister, Mr Kwasi Amoako-Atta, is reported to have said that the outcome of a survey revealed that “we are losing a minimum of 40 percent [revenue], maximum 80 percent revenue from our toll booths.”

Speaking on Joy FM’s Super Morning Show Monday, the Consultant said, “Government should take about half a year and improve all the bottlenecks. That will let Ghanaians be willing to pay.”

“The motorway, is believed to have about 65,000 vehicles a day. Let’s say that 50 percent of those vehicles are saloons. And these cars are paying 50 pesewas. You’re talking about GHS 19,500 per day.

“Let’s count the SUVs and then the large tracks, the trailers which you see on our highways, if you blend them together and strike an average of 260. You’re talking about GHS652,000. Now when you sum the two up, you’re talking about 71,500 from the toll on the motorway. If you tell me that we’re losing about 80 percent. So out of the GHS71,500, you’re telling me you’re saving only 11,800. That is a non-discussion,” he said.

He therefore suggested that the Ministry of Roads and Highways must engage the company assigned the responsibility of collecting the tolls to resolve the situation. He added that human interference in the collection of tolls must be eliminated to avoid such losses.

Ing. Mahama also drew some comparison with what happens in South Africa and indicated that, if Ghanaian roads are as good, then the increase in tolls may be justified. “When you go to South Africa, and you’re traveling from Brewfontaine to Pretoria. It’s like traveling from Accra to Kumasi. Before you get to Kumasi, and then Sunyani, you would have paid about GH₵50. But ask yourself, what are the conditions of these roads?

“You would do an average of 100 km/hr from Accra to Kumasi, if you’re in Pretoria, in 2 hours, possibly 20 mins. So you’re able to economise your fuel and other parts of your machine. Because you’re not in traffic for long.  So it makes sense when somebody is supposed to pay about GH₵50.”