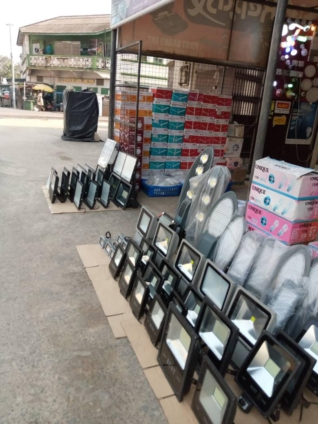 Strict adherence to the safety protocols by businesses within the Sekondi-Takoradi Metropolis have decreased despite an upsurge in the number of cases.

The Metropolis alone has recorded 90 new cases with the Region recording 150 cases.

A visit to the business district of the Metropolis by the GNA observed that many shopping centres that used to enforce the wearing of nose masks, washing of hands and to some extent ensure social distancing have rather relaxed these safety measures.

Some of the shops, however, had Veronica buckets still placed at the entrance, but few had soap and tissue paper by them.

Meanwhile, with the few that did, the mandatory washing of hands was not enforced like it was before. Those with inscriptions ‘No nose mask no entry’, were also not going by that anymore.

Mr Robert Cudjoe, a shop owner said, some customers see the washing of hands as a waste of time and so would rather move to a different shop if he insisted that they washed their hands.

He said for shop owners, they were ensuring their safety by applying hand sanitizer and occasionally washing their hands as well as wearing their nose masks.

Ms Lydia Baah, a shop attendant said due to the stabilization of the Covid-19 situation during the latter part of 2020, there has been a general disregard for the safety measures.

She quickly added “But with the upsurge of the cases within the last two weeks as announced by the President it seems we have to start ensuring strict adherence to the safety protocols again”.

She was happy with the President’s directives to engage security agencies in the compliance of observing the safety protocols, this he noted would compel people to comply.