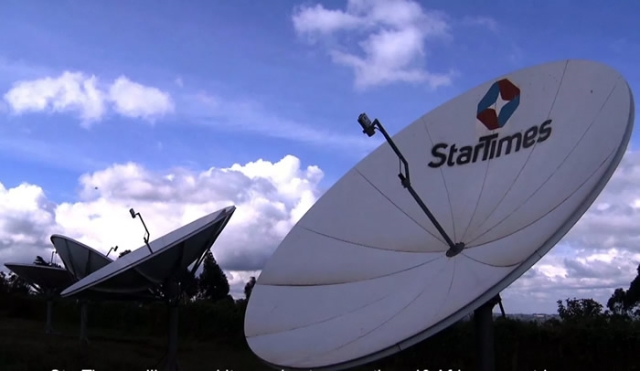 Anyone who follows geopolitics will not dispute China’s attempts to exert her influence on the globe. However, being disadvantaged on trade relations with the West and also lacking favourable portrayal by the Western media consistently, China’s road to Rome is being thwarted.

It is no wonder when The Economist newspaper screamed at Africa in 2000 as the “Hopeless Continent”, China started her China-Africa Forum in the same year. The West was shifting their focus and China found an opportunity to cream off what was left.

Two years after the China-Africa Forum, the President of StarTimes, Pang Xinxing, reported back to China indicating to them that, in Africa “even if there is a TV, they can only watch two or three channels, digital TV is beyond their imagination.”

Five years later, StarTimes entered the continent through Rwanda. The company helped Rwanda to switch from analogue to digital and therefore manages the Digital Terrestrial Television (DTT) platform in the country. In a similar endeavour in Zambia, StarTimes successfully aided the country to make the digital transition. In the deal to make the switch, the Chinese company ended up with a 60 per cent share in Zambia’s state broadcaster ZNBC for 25 years.

As at 2017 StarTimes had 1.4 million subscribers in Kenya amounting to “almost half” of Pay-TV subscriptions in the country. The continent’s most populated nation, Nigeria, cannot elude StarTimes.

The company won the best Pay-TV digital channel in Nigeria in 2012. At that time StarTimes’ subscriptions in Nigeria equalled Kenya’s 1.4 million.

StarTimes describes itself as a private company maintaining “cordial relations with its parent state.” The company is in charge of China’s supposed help to make digital television accessible to 10,000 villages in Africa. 300 villages in Ghana are expected to gain from this aid.

The managing editor of The China Africa Project, Eric Olander indicated in June 2019 that “StarTimes is now one of Africa’s largest pay-television operators with more than 20 million customers in 30+ countries across the continent.”

In fact, StarTimes is now the leading Pay-TV provider on the continent usurping MuiltiChoice (DSTV) and Canal+, which are more interested in affluent customers. StarTimes’ focus in terms of customers is sharply on the opposite end; subscriptions start as low as 15.00 cedis in Ghana.

At the 19th Communist Party Congress in October 2017, Chinese President Xi Jinping said: “We will improve our capacity to tell our stories, present a multidimensional view, and enhance China’s cultural soft power.”

In the battle for dominance, it seems only Africans downplay the importance of soft power. China prohibits the foreign-ownership of media firms on its territory. The country that has blocked Facebook since 2009 is broadcasting from Beijing into African homes.

The United States of America has used the media to assert its opinions and beliefs in many countries around the world. With this influence, they have been able to alter tastes for fashion, food and all sorts of implements. Most people think the portrayal of the flag of the US as the unfailing saviour is indeed guaranteed as death. That is the same path the Chinese are on.

Not united to push the advancement of their own, African countries are divided into blocs at the United Nations, based on ridiculous attachments to former colonialists and parochial interests.

The African bloc represents the biggest in terms of votes at the UN General Assembly, so anyone who has control over this bloc, by and large, is closer to controlling the world.

Understanding escapes me when I think about the fact that our leaders, knowing the plans of the Chinese, will aid them to warp out thinking of them. If they don’t know then they don’t deserve to be leaders. It is said in our local parlance that it is only a fool who allows his scrotum to be stepped on twice.

The West has used this same strategy to enslave us economically and mentally, how and why are we entertaining China to truncate our destinies further. As it seems those driving us are willfully blind, we the passengers cannot and must not keep quiet because the blind captain of a ship is destined to hit an iceberg.

The caveat for these captains is that they can jump off from the ship when there is chaos. They will not even look back as Lot’s wife did because their treasures are not even on this mangled ship of a continent.

I cannot write about StarTimes and live out the dealings of the company in our country.

The brouhaha between the Ghana Independent Broadcasters Association and the government over the transfer from analogue to digital has been raging on for years now. GIBA insists, and rightly so, that the country must not abandon investments made in the National Digital Terrestrial Television platform (DTT) for Direct-to-Home(DTH) satellite transmissions being proposed by StarTimes. As the government is yet to decide which company gets control of the DTT platform, I think it will be the perpetuation of neo-colonialism if the government gives StarTimes control of the platform.

However, the Finance Minister Ken Ofori-Atta has already granted StarTimes tax incentives to support the Chinese company’s quest to exert its influence through the “Access to Satellite TV Projects for Africa Project”.

Recently, StarTimes won a bid to telecast the Ghana Premier League (GPL) over the Ghana Broadcasting Corporation (GBC). GBC presented more money in its contract and has more coverage, which means it can be more successful with the hype the league needs now. I believe if the Ghana Football Association really wanted the league to receive the attention it direly needs it could have pushed further to make GBC relent on the other contractual issues the GFA had concerns with. This is because even though, StarTimes claims it can do without GBC, it doesn’t have the reach and manpower that is needed to heighten the visibility of the GPL.