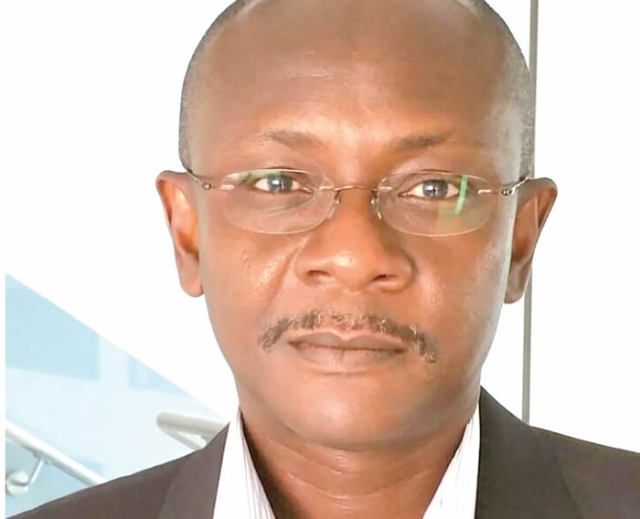 The last time I visited the Great Hall of the University of Ghana was in 2017. I was still the Director-General of the Ghana Broadcasting Corporation (GBC) and had been invited to be part of an international conference by the African Studies Association. In her contribution,

Madam Elizabeth Ohene made a poignant observation that popular culture has a role to play in the definition of every society. She encouraged academics to consider publishing newspaper articles on mundane social issues since it is an important social duty and the discourse it elicits defines society. It is not only because such a publication amounts to playing an important public intellectual role; such writings also serve as historical data for tomorrow, she argued.

If I am responding to the question posed by Nana Kwasi Gyan Apenteng: “Where is the GTV Govern Channel?” (The Mirror, 13th July, 2019: 15) it is because as Madam Ohene rightly argued, such a one-sided account stands the chance of being interpreted as “the truth”. Suffice it to say, it is half a story told, at best. Below is the other half, as I know it.

In his crisp write up, the author raises pertinent issues ranging from consultation and transparency in the decision making process, to how public service broadcasting (PSB) is to be funded and the types of programs such PSBs are expected to mount. Finally, rightly and poignantly, he evokes the responsibilities democracy imposes on its practitioners, whether as institutions or as individuals. Most of the arguments he raises are right and it is to the same normative standards he sets that I judge him by.

He writes that “as far as I am aware, the NMC has inaugurated every board with a charge to strengthen GBC’s public service mandate. Or has it changed?”. On paper, it has not changed. As the immediate past Chairman of the NMC, Nana Gyan Apenteng’s “awareness” in such a matter is crucial.

In January of 2018, the Board of GBC which the NMC had “inaugurated and charged to strengthen the PS mandate” of GBC, asked the Director-General (D-G) of GBC to proceed on leave because he had elicited the support of the Chief Justice to set up “special” TV licence courts to try defaulters as established by law. As a direct consequence, the NMC directed the Board to get the D-G to step aside and proceed to investigate all relevant matters associated with the TV licence collection. Even before the decision was made known to the D-G, newspapers had carried it in their morning editions, and the Executive Secretary of the NMC was granting interviews on radio reinforcing the reasons for the D-G’s leave, and the need to investigate the process.

The same evening, after the D-G’s “step aside” letter, was issued to him, the Board Chair of GBC was on air citing the D-G’s “poor handling of the TV licence issue” as the reason for his leave. As a result, a three-member committee was established by the Board to investigate the TV licence collection. On the advice of his counsel, the D-G appeared twice before the committee – first to file a written response to issues raised, and, subsequently, to speak to any further queries that the investigation might pose.

Coincidentally, both the dismissal and denial letters regarding the D-G of GBC were signed by Nana Kwasi Gyan Apenteng, the Chair of the NMC at the time and the author of this article I am referencing. How very transparent!

For setting up administrative structures necessary to ensure effective collection of TV licence as mandated by law, and operationalised by the GBC Board, the NMC rewarded the D-G by terminating his appointment “without cause”, and without any recourse to the investigation which was initiated to establish wrongdoing. Is it not ironic that Nana Gyan Apenteng, the chief superintendent over this melodrama, is urging transparency and public accountability to decisions made in the public’s name? It seems apropos to say “Physician, heal thyself”!

All over the world, PSBs are funded by the public, typically through television licences. Such funds ensure a predictable revenue cycle from the public who consume and partake in its content. The expectation being that since they contribute directly to its programming, the interests of the general public should also be served by the PSB. McQuail (2003) calls this normative the “contractual” responsibility ethos that binds PSBs to their audiences. But more importantly, such a revenue stream is preferred because it is not tied to political or commercial interests that come with advertising, sponsorship and state grants, thereby freeing the PSB to be as editorially independent as possible.

It is correct that funding sits at the heart of the decision to partner, sell, or lease a channel to a commercial interest as GBC is purported to have done with GTV Govern. And as Nana Gyan Apenteng rightly argues, GTV Govern served a crucial public service need. What the narrative ignored, but is vital to a full understanding of the conundrum GBC faces, is how it funds its programs. Like its commercial counterparts, GBC funds its programs entirely through advertisements, sponsorships, and other internally generated funds (IGFs). Besides salaries and equipment acquisition which the state pays for, GBC is left to its own devices to fund its programs. It is little wonder then that, increasingly, it is looking and sounding like its commercial counterparts. But really, how does one expect it to be any different in view of its funding model? The question Members of Parliament and the general public should now be asking themselves is how GTV Govern funded the “wall to wall” programs from the floor of Parliament?

In the face of a government decree to cap IGFs by 33 percent, GBC’s woefully inadequate funds are stretched even further. Coincidentally, when the management of GBC appeared before the Parliamentary subcommittee on Communications in November of 2017, the latter lambasted GBC for its sloppiness in collecting the TV licence. The MPs asked GBC to sit up and not expect government support until it has fulfilled the task of efficiently collecting the TV licence. I find it regrettable that Parliament stood complicity by, without raising a finger in protest, when the implementation of its own law was undermined because of political expedience. So the simple answer to those, including the Parliamentarians, who are asking why GTV Govern is in its present state is this: the one who pays the piper is calling the tune.

In the absence of a regular, predictable source of funding, GBC and indeed, any PSB will fall on a bouquet of things to survive. One is hiving off portions of its operations and, another, increasing its reliance on the market. In the case of the latter, its telling effect on programs is that the PSB mimics known, popular program formats rather than be guided by program relevance and public interest. While the former explains the sponsor’s religious addiction to market share, audience size and, therefore, more revenue per program; the latter speaks to program reach and its access over time. If sponsorship rather than TV licence is the primary source of funding parliamentary proceedings and other important but economically unprofitable media events, then what has befallen GTV Govern is unsurprising. In fact, it is to be expected.

By terminating the D-G’s appointment and effectively stalling the TV licence collection, the NMC has not only done the bidding of its political masters. It has also exhibited traits of political capture, giving a lapdog role preference over its normative watchdog one against government interference. More importantly, their action has significantly erased gains media activists fought for and chalked. By extension, the possibility, even danger, that the NMC could relapse into becoming a guard dog of government and special interests is existential.

Its authority to appoint CEO’s of state-owned media today is the result of hard-fought battles by true believers of democracy who took on governments which insisted on running the organisations as their megaphone. The current media ecology, with its relative freedoms, is not inevitable and needs protecting by those who have the privilege to serve on the Commission. Those who lead the NMC should be careful not to deal GBC the death knell by asphyxiating it of funds through their actions and inertia and putting it in pole position for sale as many fear.

Sadly, as many times as I have reflected upon events at GBC, I have come to the lamentable conclusion that happenings at GBC are efforts by politicians and policymakers to run it down in order to justify its sale. Mr Apenteng’s calls on GBC to reverse its “opaque” decision on GTV Govern will be given credibility if he and the NMC made public the findings of the TV licence investigation committee, in the public interest. Additionally, it would be worthwhile if they explained their seeming loss of appetite in leading the effort to make GBC financially independent. Whiles at it, it will be to our collective good if the NMC sheds light on a related issue: the actors, rationale and process that led to the partial sale of Metropolitan Television (Metro TV).

Lastly, I agree that democracy comes with responsibilities, especially for those who set policy as well as those who implement them. The calls for transparency by the NMC is important. But so is the quality of its decisions. Let me end by reminding the NMC that the mandate to insulate the state-owned broadcaster from political interference is not simply ensuring that politicians do not dictate content or influence how such content should be covered. It is also to insulate the state-owned media from the vagaries of the market which has the same debilitating effect on its editorial independence as political interference.

It is not enough to continuously reprimand GBC for its efforts to stay afloat, it is also the duty of the NMC to lead in the effort to steer it out of the troubled waters in which it finds itself. Related, the management and Board of GBC, of which I was a part, must also demonstrate how they intend to use public funds, and be ready to account for its use, by mounting programs that are relevant, bold, controversial, and sensitive to the tastes and aspirations of its viewers. This is what PSB is about the last time I checked.

I have chosen to publish this rejoinder on or close to the 31st of July 2019 which also marks the 54th and 84th birthdays of television and radio respectively. It is left for readers to decide if GBC has lived up to the society’s expectations, and if not, why not? There has to be a public policy debate about what role the nation wants GBC to play. Needless to say, the

Management and Board of GBC as well as the NMC, as its regulator, must lead the effort to bring clarity to its role and character as a foremost national, cultural institution. Perhaps, the Broadcasting Bill will be a good place to begin. A close examination of whether the NMC is competent to perform its normative role under its present arrangement should be a close second.

Bio [as written by Mr Anoff-Ntow himself]: Dr Akuffo Anoff-Ntow is a communications practitioner, researcher and scholar. His research interest is in the political economy of media and communication, Media and Communication Policy, the Public Sphere, and Newsroom Cultures and discourse. He is the Immediate Past Director-General of the Ghana Broadcasting Corporation and President of the African Union of Broadcasting. The Gyan Apenteng led NMC terminated his appointment “without cause” in September 2018.