‘The Good Old Days’ returns to TV on Joy Prime 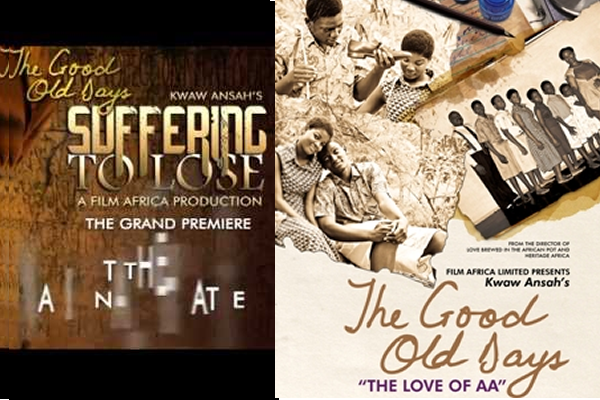 In Ghana, when the Film industry is mentioned, one name that does not go unnoticed is Kwaw Ansah.

This is largely because, the ace producer, director and writer, brought to the screens of many films including Heritage Africa, Love Brewed in an African Pot and the Good Old Days, that shaped the Ghanaian movie industry.

Joy Prime is happy to announce to viewers that it will bring to them, films from the ace director, The Good Old days.

The movies have intriguing and compelling stories of love, family life, struggle and childhood mischief.

It is sure to capture the imagination of viewers and appeals to the public to re-examine their interpersonal relations, which tend to pose a great challenge to society.

‘The Good Old Days’ series tackles societal issues designed to entice all age groups. It brings back the joyful and sometimes sad memories of our way of life in the early years gone by.

Although these movies have the old 1960s, 70s and 80s setting, patrons at the launch of the series at Tomreik Hotel in East Legon on Saturday, were still wowed by the beautiful yet relatable tale of ‘The Love of AA’.

Many who did not know the meaning of AA, were touched and almost at tears to realise it meant Abudu Andani.

Speaking at the launch, Kwaw Ansah said, his motive behind the story was not only to bring the stories of teenagers, then, to life but also highlight the need for peace in Dagbon.

“I wanted it to be translated into the language, Dagbani, make it available to them. The people of Dagbon needed to understand, the depth their fight has gotten to and the harm it was bringing to women and children,” he stated.

The message, according to him was to preach love and understanding in days of war between the Abudu’s and Andani’s in Dagbon.

General Manager of Multi TV, Abdulai Awudu, thanked Kwaw Ansah and his production house Film Africa, for agreeing to a partnership that will see Ghanaians enjoy good movies from the ace movie director and writer on their television screens.

Joy Prime will soon announce the dates for which these movies will show.

This television series is made up of three major Kwaw Ansah feature films, each of which is split into an average of four episodes for twenty-five minutes.

The movies -‘The Love Of AA’, ‘Papa Lasisi’ and ‘Suffering to Lose’- come together to build fifteen episodes of the television series, THE GOOD OLD DAYS.