‘Afcon fiasco was a wake up call for Ghana’ -Andre Ayew 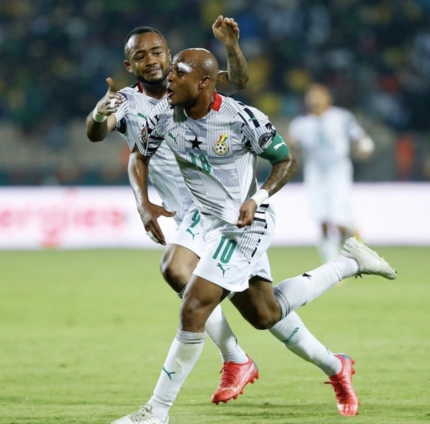 Black Stars skipper, Andre Ayew, says the team’s abysmal performance at the 2021 Africa Cup of Nations was a warning for the team ahead of the World Cup playoff against Nigeria.

Ghana exited the tournament hosted in Cameroon after picking up just a point in a group which consisted of Gabon, Morocco and Comoros.

The performance was the Black Stars’ worst outing at the continental showpiece, leading to the dismissal of Milovan Rajevac prior to the double-header against Nigeria.

In an interview with Graphic Online, Ayew, suggested being kicked out of the AFCON early was a caution to the team to get things right before they faced the Super Eagles.

“Being in the team for a very long time and today being the leader of the squad, looking back at what happened in Cameroun was very difficult for me,” he said.

The Black Stars recorded a 1-1 aggregate score against Nigeria after two legs and qualified to the Mundial on the away goal rule.

“Personally, I knew what was supposed to be done and took advice from people, including some senior former players, on things to do to qualify, he added.

“And honestly, since we qualified for the World Cup a lot of things have changed, the confidence and belief are back; now we just have to get stability and a lot of games together, and I think we can make a good impression in this World Cup.”

Ayew and his national teammates are currently in Spain where they will play against Nicaragua in a friendly game on Tuesday, September 27.

DISCLAIMER: The Views, Comments, Opinions, Contributions and Statements made by Readers and Contributors on this platform do not necessarily represent the views or policy of Multimedia Group Limited.
Tags:
Andre Ayew
Black Stars
Lawrence Baidoo