Africa would be worse without democracy- Prof. Aryeetey 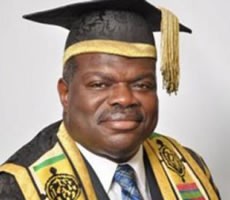 Professor Ernest Aryeetey, Vice Chancellor, University of Ghana, Legon has noted that the plight of Africa would have been worse if there was no democracy.

According to him things have gone wrong because people have not respected the rules of democracy adding that democracy could be good if the values it espoused were allowed to affect the lives of the people.

The Vice Chancellor was speaking at a Public lecture held by the University of Ghana in honour of Ex- Zambian President Rupiah Bwezani Banda at Legon in Accra.

The public lecture was on theme: Democracy and Good Governance in Africa.

Prof Aryeetey observed that without democracy, corruption would also be worse despite the advent of the media and other social networks.

He observed that politicians feared the ballot box as such they feared to talk about issues because they could be voted out.

He therefore stressed the need for leaders to be empowered and be firm in terms of taking decision affecting the nation.

Ex President Banda emphasised the need for Africa to build stronger institutions, unity and democracy to propel the development of the continent.

He said it was important for leaders to strengthen institutions by providing requisite budgetary allocations.

“Train personnel of these institutions and encourage them to be loyal to their country”, Mr Banda added.

He called on leaders to embrace all ethnic societies in their governance to ensure equal representation.

Mr Banda noted that a country like Sweden had been able to build its country because it had attracted people from various backgrounds.