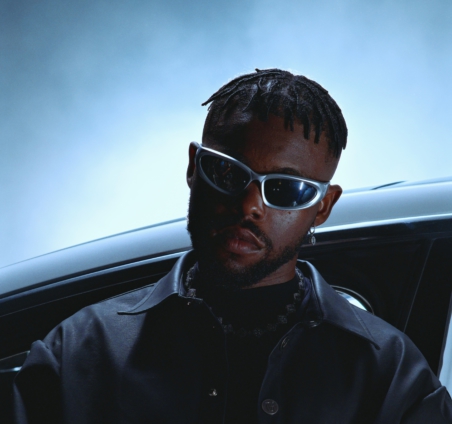 There’s something enigmatic about his voice that is difficult to simply place a finger on. Whatever that is in that sultry yet aggressive vocals, it definitely sits well within the seductive message that his biggest song ‘Monalisa’ carried.

That was the magic for the smashing single which drove the rest of the records on Lojay’s LV N ATTN EP down into the audience’s hearts.

It has been nearly a year since the release of Monalisa, and the track still counts as one that accelerated the rate of his trajectory with nearly 45 million views on YouTube alone.

Today, the track is to the Afrofusion artiste, what the Mona Lisa painting was to Leonardo da Vinci some five centuries ago.

With an even more iconic expansion via the subsequent Chris Brown-featured remix, the Nigerian breakout star is ready to get extra personal.

“I have a voice and I want to really speak my mind,” Lekan Osifeso Jnr, as he is known outside showbiz, told me over a Zoom call.

I conversed with the musician who is currently in New York preparing ahead of his SOB show later this month.

But before that concert takes off, his much-anticipated single has hit stores across the world.

‘Leader!’ is Lojay’s way of telling the world who he really is behind the hits and attention.

“It is a very personal project. I’m just genuinely expressing myself and I’ve always been like that but this time around I picked the sounds, every last detail and it’s very personal to me… It is me basically telling the world that this is Lojay. This is who is, this is what he is about and this is what he has to say.”

It is for this same reason that Lojay goes solo this time around on the work produced by P. Priime.

On the record, he highlights the changes in his scope and unwillingness to compromise for anyone.

“If she rude put her feelings on a cruise, tell her it’s all over yeah,” he sings.

Essentially, here is how he views the rationale behind the new Afrobreats track.

“At the time I was creating the song my mindset was at a point where things were happening for me. My eye was opening. I was starting to see that okay there was a lot more to life than what I was thinking. And I was just not ready for anything like a relationship, I was just trying to stay focused.”

A futuristic new-electric scene is the background against which the visuals are set.

Sci-fi-esque models grace the dark scene amid fast cars and neon lights which are dominant in the video directed by UAX.

For fans who craved a new collection from the 26-year-old’s vault, another extended play is on the horizon.

“The EP comes out on the 21st of October,” he revealed in the interview.

If his previous project is anything to go by, one can only imagine a bigger drop with the width of scope that Lojay now has to experiment with.

Aside from top charting moves over the past year, the musician’s exploits have earned him and his collaborator, Sarz an award at the recently-held Headies.

‘Monalisa’ took home the Producer of the Year award at the Nigerian scheme’s 2022 edition.

DISCLAIMER: The Views, Comments, Opinions, Contributions and Statements made by Readers and Contributors on this platform do not necessarily represent the views or policy of Multimedia Group Limited.
Tags:
Kenneth Awotwe Darko
Leader
Lojay
Monalisa