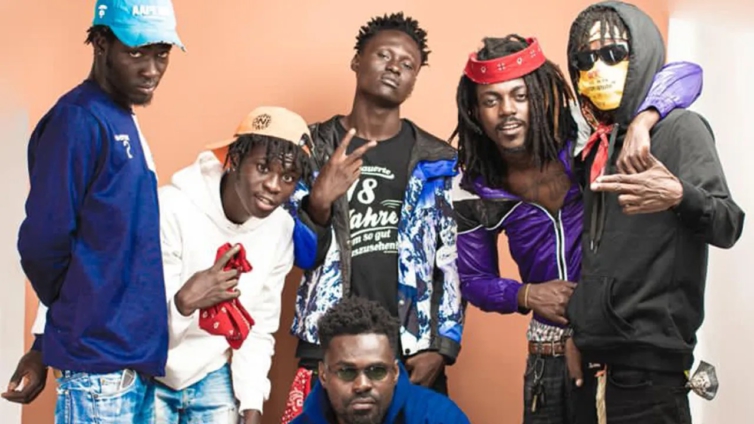 (PHOTO: COURTESY OF THE ASAKAA BOYZ)

The manager of Asaka Boys has denied claims by organisers of Afrochella that his talents were paid for their performance at its block party in 2020.

In a post on Twitter, Rocky Boateng maintained that the festival organisers during negotiations in October 2020 had informed him that they could not pay acts because of the pandemic that saw parts of Ghana on partial lockdown.

However, the organisers paid for rappers’ transportation and accommodation for the duration of their performance, the Life Living Records manager stated.

Mr Boateng added that the money was sent through a representative.

“The first money was sent on December 17, 2020, and the second was sent on December 25, 2020. That was the only communication that went on with me as a management member of Life Living Records and reps from Afrochella. I did NOT speak with anyone about anything else,” Rocky said.

“Organisers of Afrochella did NOT pay any performance fee. They sent money for only transportation and accommodation.”

This comes after organisers of Afrochella threatened to sue the sensational drill artistes, Asakaa Boys, for allegedly peddling falsehood against their brand.

According to one of the co-founders, Ken Agyapong Jnr, the Kumericans were paid for their performance.

He added that the controversy may have stemmed from miscommunication between the boys and their manager.

In an interview on Prime Morning on JoyPrime, on Thursday, he said, “if you didn’t get paid, you have the right to say it, but you got paid. It would help if you talked to the management. You just want to embarrass us.”

Afrochella organised a Block Party to replace the actual concert amid the Covid-19 pandemic in 2020. Jay Bahd, one of the Asakaa Boys, revealed that they were invited to perform for free during a discussion on Twitter Spaces.

Considering the drastic effects the raging pandemic had on the entertainment industry at the time, the group decided to accept the offer with the hopes of getting another call-up in the next year when the organisers are financially fit.

A year down the line, that invitation never came, a situation which has left members of the group, including Reggie, betrayed.

But, co-founder Edward Asafu-Adjaye, insisted in an interview on Joy Prime that the public lamentation by artistes about not being invited for the 2021 edition of the festival leaves much to be desired.

The co-founders also claimed they had denied Asakaa Boys’ management’s request to have the Boys perform for free at the 2021 event.

But Rocky Boateng denied the claims stating that he did not reach out to any member of the Afrochella team to make such requests.

He added that every information concerning the negotiations and payments were communicated to the artistes.

DISCLAIMER: The Views, Comments, Opinions, Contributions and Statements made by Readers and Contributors on this platform do not necessarily represent the views or policy of Multimedia Group Limited.
Tags:
Afrochella
Asakaa Boys