AGAMaL to sustain interventions for malaria control in Obuasi - MyJoyOnline.com

AGAMaL to sustain interventions for malaria control in Obuasi 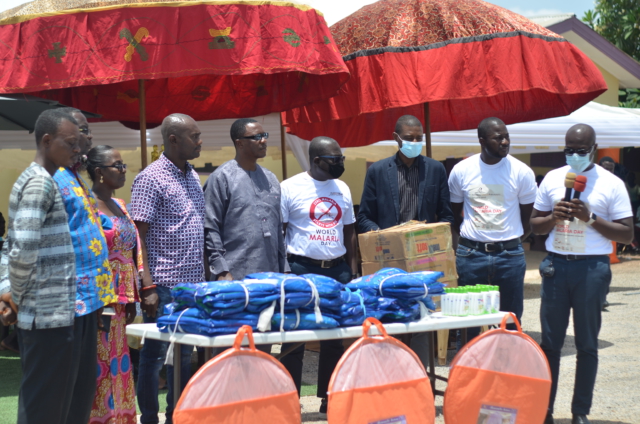 Anglogold Ashanti has revealed it will sustain its indoor residual spraying in the Obuasi district to save more lives.

The implementation of the spraying in the district has saved more than one million lives against malaria.

Ghana accounts for 2.1% and 1.9% of the global malaria cases and deaths, making it one of the top 10 highest malaria burden countries in the world.

In partnership with the Ghana Health Service and funding from the Global Fund and Anglogold Ashanti Obuasi Mine, AGAMaL has successfully implemented Indoor Residual Spray operations to prevent malaria and save lives

Through the residual spraying over one million lives have been saved and we will continue to sustain this initiative,” he said

Health workers will undergo training on effective case management of malaria in the Adansi North District.

The District Health Director, Isaac Awuku Odame, noted that, “increased investment and commitment from the government and the public sector is critical to revitalizing progress against malaria”.

He spoke at a World Malaria Day program organized by AngloGold Ashanti at Dompoase.

A mini-clinic was set up by the gold mining company for community members to test for malaria.

“The mine has done us a great favour for bringing the mini health clinic to Dompoase. We want to extend to other communities,” Nanahemaa Afia Afraifaa Tokudwum, Queenmother of Dompoase, said.