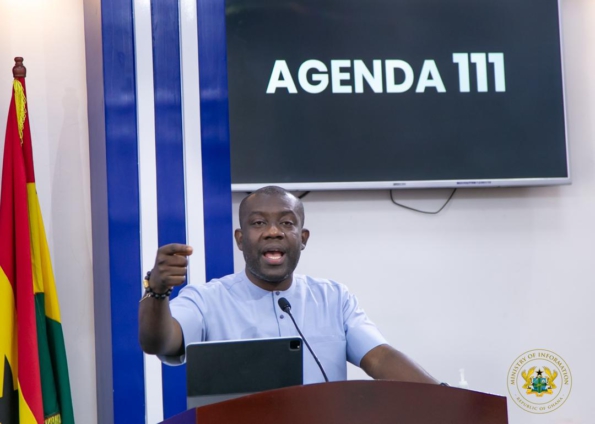 Information Minister, Kojo Oppong Nkrumah, has revealed that government, through the Ghana Infrastructure Investment Fund, has secured $100 million for the commencement of the Agenda 111 Hospitals.

“Currently, commencing funding of $100 million has been made available for the project through the Ghana Infrastructure Investment Fund,” he told the media on Sunday.

According to him, the project will see to the provision of two specialised hospitals, “one for the middle belt, one for the country’s northern belt. These are psychiatric hospitals.”

Also, he mentioned that the Accra psychiatric hospital under the project will be redeveloped, and the development of six new regional hospitals.

However, the Information Minister noted that there was some misconception about President Akufo-Addo announcement in April last year on the 88 hospitals to be constructed in districts across the country.

Apprising that information, Mr Oppong Nkrumah said each project is expected to be completed 12 months from the commencement date and not the date the President made the declaration.

“So the program is to take 12 months from each unit from the point of commencement, and these are 101 of the district hospitals before you add the other facilities we are talking about, all making 111”.

He said the project implementation committee, chaired by the Chief of Staff, Madam Akosua Frema Osei-Opare, had secured 88 sites for the project since the project’s announcement.

“Currently, they have secured 88 of those 111 sites and title to the parcel of lands of which each is about 15 arches.”

Government’s agenda 111, which he stressed aims at providing 101 district hospitals will commence on Tuesday, August 17, 2021.