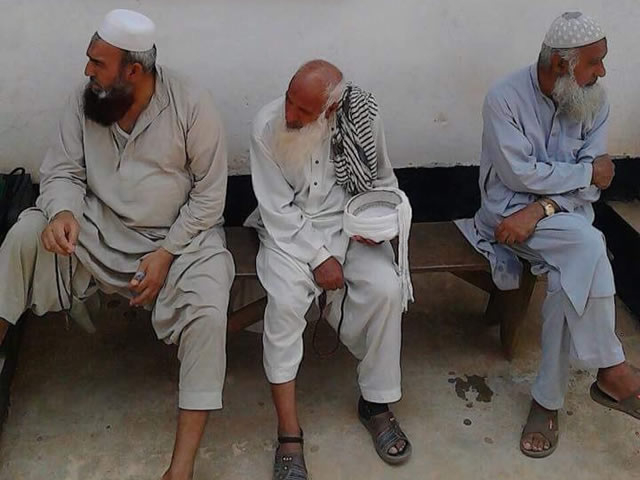 The Ahmadiyya Mission in Ghana has denied knowledge of the presence of some Pakistanis who have been arrested at Assin Fosu in the Central Region.

The 13 Pakistanis who claim to be Missionaries of the Ahmadiyya Sect are said to have arrived in the country six months ago and have been preaching in some villages across the country.

However, in an interview on the Super Morning Show, General Secretary of the Ahmadiyya Muslim Mission in Ghana, Ahmed Anderson flatly denied any connection with any group of missionaries who have come from Pakistan to preach Islam.

“This is very very strange, the Ahmadiyya Muslim Mission is not aware of any group of Pakistanis having come into the country in the name of Ahmadiyya mission to preach.

He expressed surprise that the mission was not called for confirmation about the presence of the said missionaries in the country.

The Immigration Service and the police, according to him are very much aware of the operations of the Ahmadiyya mission so “if any group of people claim to be Ahmadis why could they not do any cross-check with the mission but just put it out there that they were Ahmadiyya Muslims. We are very much surprised about that.”

Anderson admitted that although some of their regional missionaries are Pakistanis, they do not have any record of missionaries who came into the country six months ago and preaching anywhere in the country.

“I have checked all our missions in this country since this news broke and we do not have any such group of people doing any such preaching anywhere.”

He said it was impossible that the Ahmadi authorities in Pakistan will send more missionaries without informing them about it.

“It is not possible at all that there will be any missionaries sent from any part of the world without channelling them through the structured system that we have.”

“If anybody is coming in, they will first ask us to send an invitation to the person for them to process the person’s VISA before the person comes in, and we have a quota with Immigration and we would have to go them and find out if our quota is no exceeded before we allow such people in.”

He said they are getting in touch with the police in Assin Fosu to verify the information that has been put out in the public about their involvement.

He expressed disappointment that people are being tagged as terrorists because of their religion.